“You don't have to brush your teeth - just the ones you want to keep.” ~Author Unknown

The last few weeks have been all about the dentist at ThePoeFam’s house! It started with Quinn. After I found a good dentist, I started prepping Q for the first time event. Thankfully, he was excited and couldn’t wait to go. And, he was such a big boy on January 10th when he got his x-rays and his teeth cleaned without Momma around!

But, the not so good news was when Dr. Armstrong called me back and said that we had “lots to talk about!” Unfortunately, my baby has his Mommas soft teeth and had a mouth FULL of cavities. SIX, to be exact!…four on the back, left ones and then his TWO FRONT TEETH! Gracious day! Part of it was due to lack of flossing…part of it was just his mean ‘ol teeth. All I know is that I almost had a heart attack! I guess that’s what I get for waiting so long to get him to the dentist! 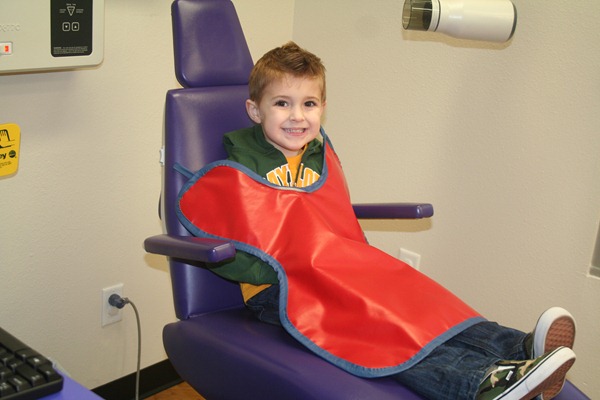 {Precious boy with his mouth FULL of strawberry seeds and cavities!…} 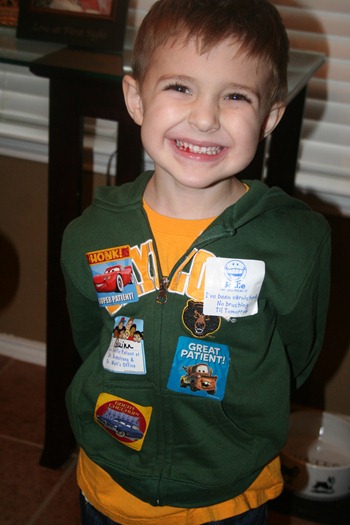 Then, it was time for Mommy and Daddy! Mercy me!!! Once we got some good recs for a dentist, Matt went first. And, since it had been about 15 years since he had been {GASP!}, we knew it wasn’t going to be pretty. They spent a lot of time taking pictures, cleaning and making notes. Due to the “results,” he left with no idea how bad it was.

A few days later, I nervously went for my “d-day!” It had been about 10 years since I had last gone and I KNEW it was going to be bad. … Thankfully, the experience wasn’t too bad. Pictures, x-rays, cleaning and more. I, like Matt, left with no results…but, we scheduled a day to come in and discuss our “treatment plan” with the doctor. 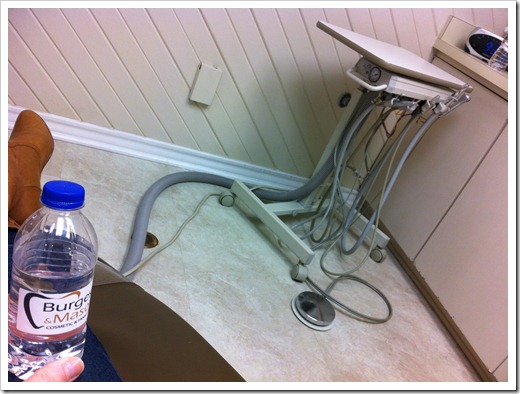 Surprisingly enough, I thought that our list was going to be longer. We both have about 8 cavities (most of which are old fillings that just need to be re-done)…and, I was so thankful that he didn’t feel that our wisdom teeth needed to come out in the near future. (since Matt and I both have all four!) We’ll just slowly start tackling all that has to be done and have healthy teeth before we know it!

But, before our treatment plan could begin, we wanted to get Q taken care of. So on January 23rd we scheduled his appointment for sedation and treatment. That mean “sedation” word scared this Mommy, but I knew he would be fine and not remember a thing.

Since Mammer and Slickpaw were in town, they kept Nash so that Matt and I could both go. We took Quinn on a trip to Target for a quick sussy before going…and to distract him from wanting to eat before his 9:30 appointment.

Then, when we arrived at the office, they took him back to drink his medicine…and then sent him back to the waiting room with us for it to start kicking in. He just watched the movie, played his DS and (honestly) acted perfectly normal. I expected him to start getting sleepy, but it never happened. 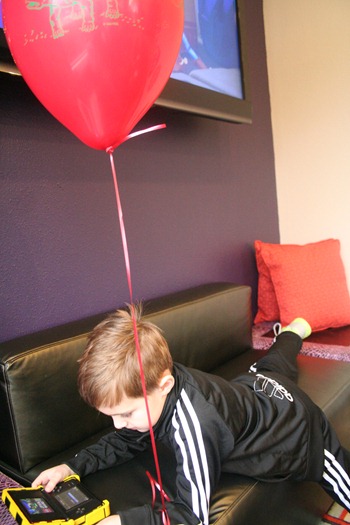 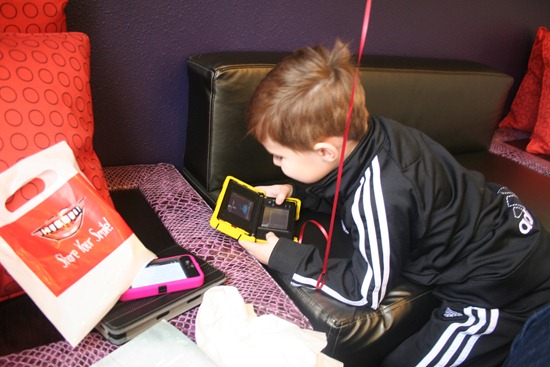 But, after about 30ish minutes, they came to get him. We gave big hugs and told him we couldn’t wait to see his pretty teeth.

Matt and I kept busy for the next 45 minutes before they came to get us. And, when the assistant came out and called his name, I could tell something wasn’t quite right. …And, my intuition was correct. Long story short…my baby didn’t take to the anesthesia. Apparently it made him very, very hyper. The doctor said he got sleepy for a very short amount of time…and, that allowed them to fill the cavities in the back…but, there was NO WAY they were getting to the front ones. She explained that he was so wiggly and couldn’t stop scratching his nose…and that he was very sad and crying. Break my heart!

When we finally got to see him, he immediately started crying. You could tell he was scared and confused! As I held him and he fell asleep, she explained that we would just continue to watch the front teeth and treat them so that we could hopefully avoid a hospital sedation to get them filled.

Bless him. As soon as  we got in the car, he fell asleep. And, when we got home, he slept for almost 4 hours. Then, when he woke up, he started feeling sick…and he threw up numerous times. When I called the dentist, she said to brush his teeth to get the yucky taste and to try to keep him hydrated. After that, things got better…he was just so grossed out by the taste in his mouth from the varnish they put on his teeth. 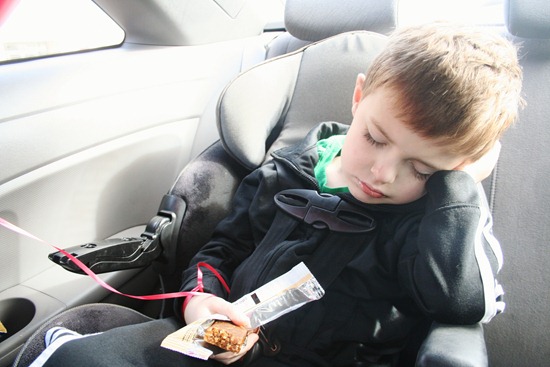 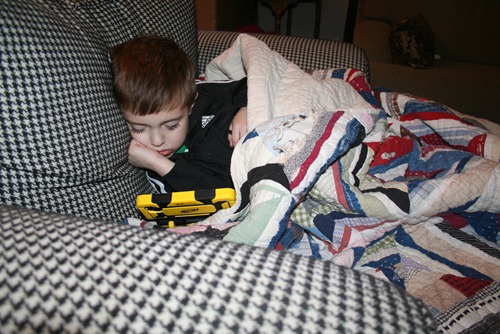 Now, when we talk about it, he doesn’t speak highly of the experience, but he doesn't seem traumatized either. I just pray that the cavities don’t grow…and that he doesn’t forever loathe trips to the dentist. Who would have thought for this craziness? I can honestly say that this scenario never crossed my mind. … But, I’m thankful it’s over…and thankful that I have such a big, brave boy! Here’s to less sugar…and more flossing at our house!!!

Thanks for this post. I need to take both my boys to the dentist and both my husband and I need to go. We have been avoiding it and I have felt like such a horrible mom for waiting so long! Thanks for sharing about your experience and making me realize that I am not the only one who doesn't like going to the dentist!

Thanks for sharing. I felt like a horrible person that I hadn't been to the dentist in 10 years either until I finally went last summer and I don't even know how long it has been for my husband. Now I don't feel quite so bad!