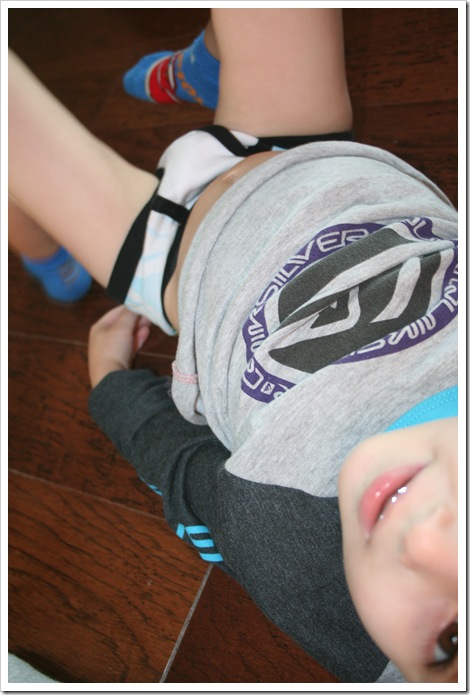 I guess it’s official! I’ve had a hard time figuring out when to say that my little man is potty trained! So, you be the judge! …

We started on on Sunday, October 18th, after church. I told myself it was time and knew that we had a pretty low key week ahead of us! So, we did LOTS of pottying and lots of rewarding! He did great from the get go. Not many accidents. But, I was a nervous wreck ANYTIME we left the house. I would ask Quinn every 2 seconds if he needed to go potty! I’m sure it was annoying, but I wasn’t wanting to clean it up!!!

Then, Sunday the 25th rolled around and, after a tee tee accident on our way out of the door from home (SO ANNOYING when he was ALL dressed for church), Quinn wore his “wear wear” to Sunday School. I was, once again, a nervous wreck that they were going to end up with a mess. But, after the almost 3 hours had passed, I picked up my dry and VERY proud little boy! I was SO excited. But, as soon as we celebrated, he walked around the corner and did the deed in his pants! And, I mean #2! YUCK! It was not fun…and I was discouraged.

While I complained about being ready to quit and put him back in diapers, lots of mommies reminded me that he was doing GREAT! I tried to listen, but I was convinced that I HATED potty training!!!

Then, as week 2 began, I put on my Potty Training Hat and got serious again! …Pull ups at night but wear wear all day!!! And, lots of listening to THIS rediculous potty music! (Q loves it!!!) On Monday he did great…and we had a VERY busy day out and about. Tuesday we were home, so of course he did great. And, then Wednesday came and I cheated a little. We were going to the Pumpkin Patch and I wasn’t sure if bathrooms would be accessible. So, I put on his wear wear and put a Pull-up on OVER it. So, he would feel that he had an accident, but I wouldn’t have to clean it. … And, to be honest, I got LAZY at the pumpkin patch. I NEVER asked him if he needed to go. Even though I thought about it numerous times. It was just too much trouble. … So, when we went to lunch with Mock-a-Moly afterwards, we headed straight to the bathroom. I knew I’d have a mess to clean up! But, to my surprise, HE WAS DRY! It had been over FOUR HOURS!!! I was SO excited and rewarded him with a BIG cookie!

I’d say that was our turning point. He’s only had two little accidents in the past week and a half (just tee tee, thankfully!) and almost always wakes with a dry Pull-up from nap and night. When he wakes up, he’s immediately ready to put his wear wear on! … It’s still something that I remind him of often, but he usually tells me or goes to the potty himself!

I have to admit that it has been my least favorite thing about Mommyhood thus far. And, I know it isn’t over! But, I’m proud of my little guy! My {potty trained} toddler! :)

And, I’m also happy for Slickpaw! Why, you might ask!? …When Quinn was born, Slickpaw started buying diapers for Quinn! And, somehow, he never stopped! He’d either visit us with a BIG box from Sam’s, buy some while he was here, or hide money in silly spots so that he could guide us to it when Quinn needed more! It was a HUGE blessing to not have to spend the $50+ dollars a month to buy them! And, because of Slickpaw, Quinn NEVER had to use the “cheap” diapers! :) Thank you, Slickpaw, for taking care of us in the little unexpected ways that help more than you know!!! 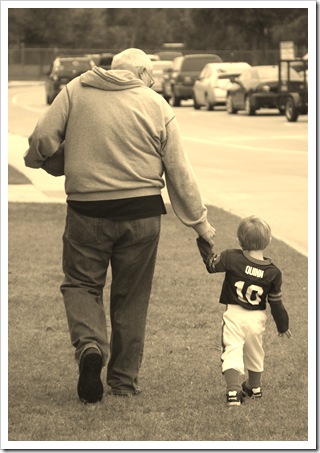 And, let me leave you with this! … One day, I flushed a bug down the potty! Quinn was so curious and worried so I told him that the bug was going swimming! Then, later that day, Q went potty, and as he flushed he said, “YAY, MOMMY! My POO POO IS GOING TO GO VISIT THAT BUG!!!” Yes, baby, it did!!!

Memories by ThePoeFam at 7:56 PM

Now THAT's a funny/cute story to remember! Congrats on your big boy accomplishment!!

you have NO idea how much i'm not looking forward to everything you just said! just think, you are over the hump and are so lucky! We haven't even started the uphill trek! OOF. i'm sure i'll be going through this post with a fine tooth comb in a few months ... but in the meantime, yay for Quinn! :)

That is so exciting! I need to put my "potty training hat" on. I said I was going to wait until 2 1/2 and that's how old Carter is today...thatnks for the inspiration and way to go Quinn!

hiiilarious!! so exciting!! yea for no more diapers and so sad that he is such a big boy!!!

I love reading your blog. Was way behind so got caught up this morning. Big things are happening at your house! So, so cute and sweet!

hey brittany!
i just came across your blog - i hadn't seen it in awhile and was reading about potty training - i think i am about ready to start with jayden but dreading it! your post brought me some encouragement to help me start! glad it is going so well and i hope that you are doing well too!