“A hot dog at the ballgame beats roast beef at the Ritz.” ~Humphrey Bogart

On Sunday, June 2nd, the boys attended church in their Ranger’s gear so that we could quickly get to the 2:00 Ranger’s Game! It was our first one of the season and we were so excited to be going with friends AND be sitting in the All-You-Can-Eat Porch! The weather could not have been more beautiful…low 80s and shade! And, we had a blast chatting and playing with friends as we {sort of} watched the game that was going on below us. I must admit that I didn’t know it was going to be “buffet style”…and, the food was less than gourmet. But, it was nice being able to have unlimited peanuts, hot dogs, chicken sandwiches, popcorn, nachos and DIET COKE!!! It was also $1 ice cream night…so we had to take advantage of that too!
The icing on the cake was getting to stay for the Toby Mac concert that was right after the game. We moved to closer seats and enjoyed the show…Nash was hilarious…dancing his little heart out to the songs he recognized! 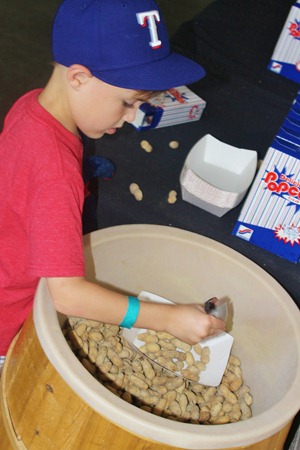 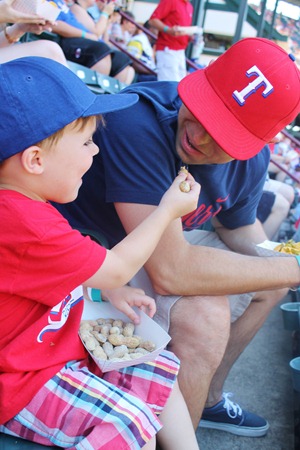 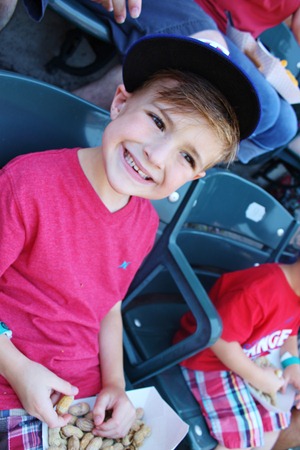 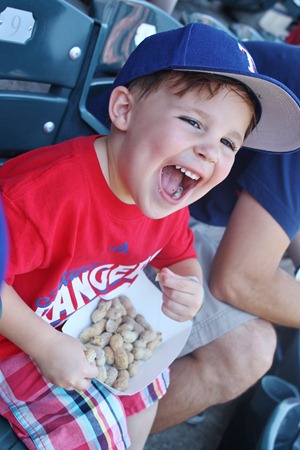 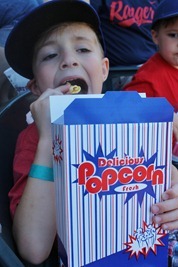 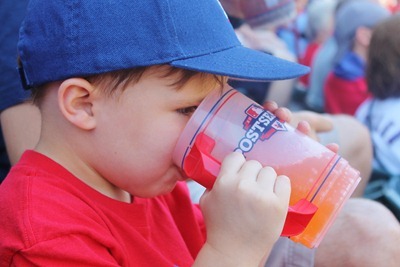 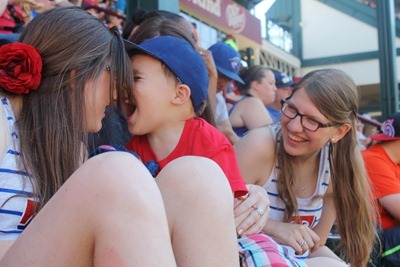 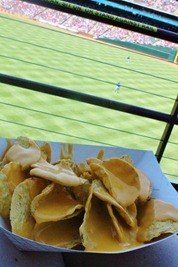 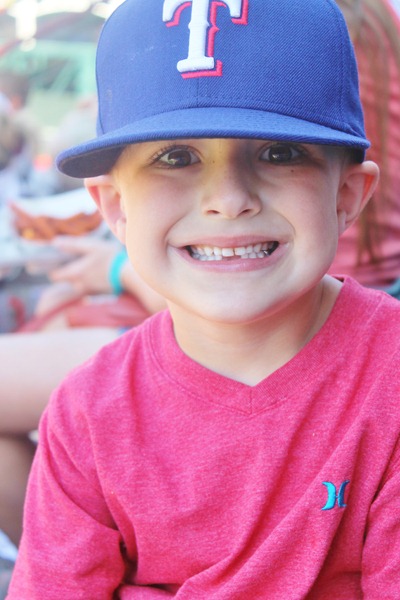 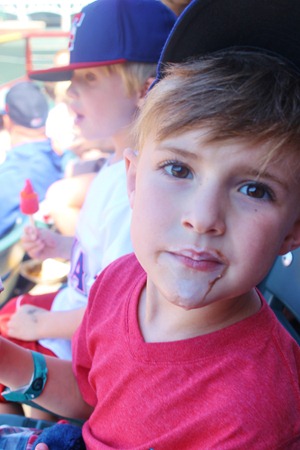 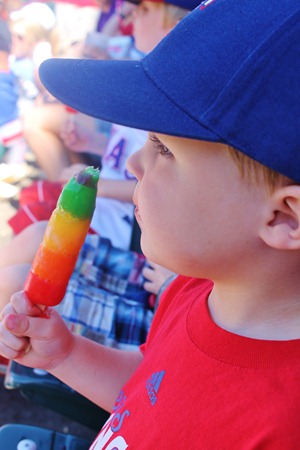 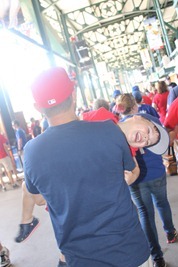 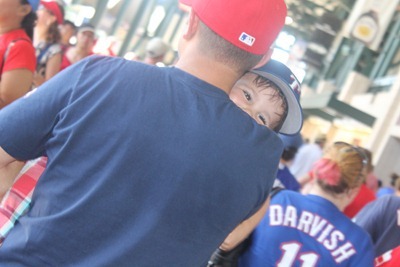 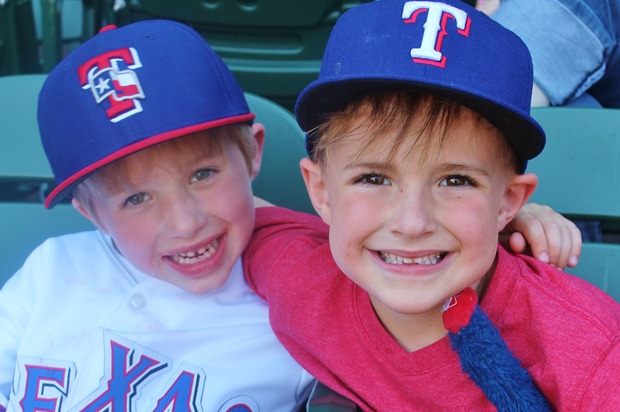 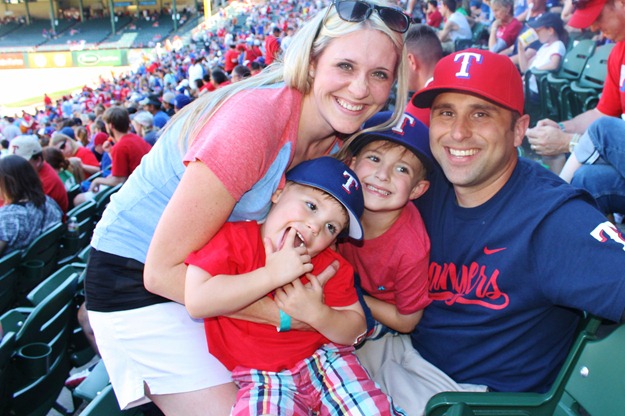 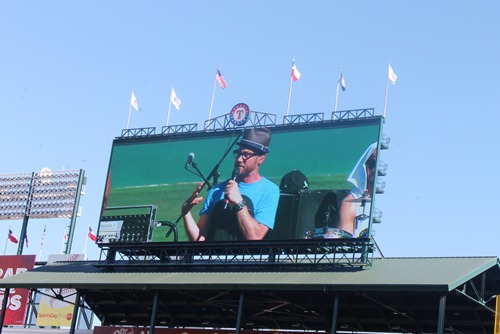 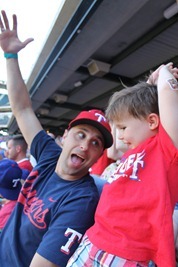 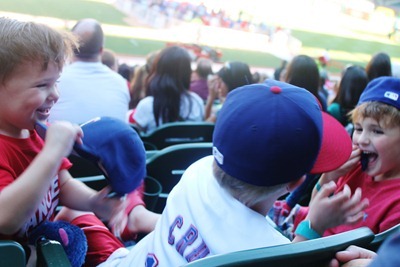 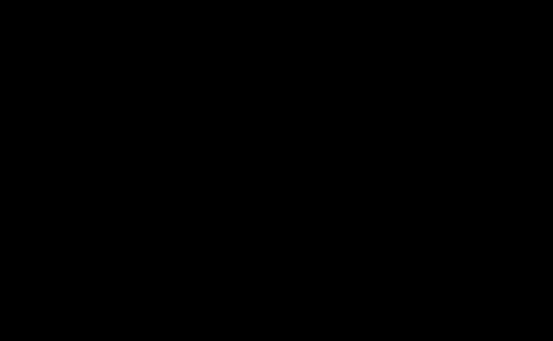 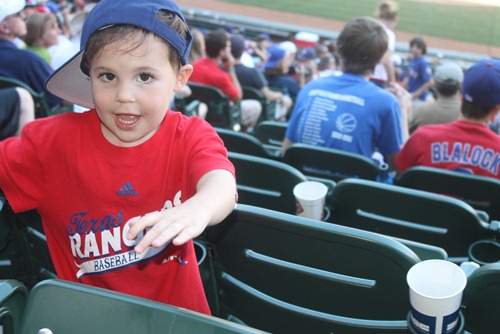 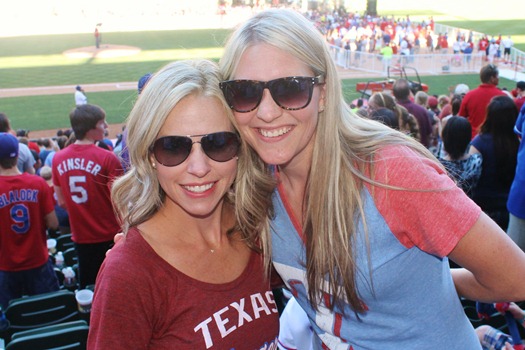 Memories by ThePoeFam at 9:15 AM

I love the pictures will enjoying the baseball game.

I have that same Rangers Shirt you are wearing. I got it at TJMaxx and it is my absolute favorite!!