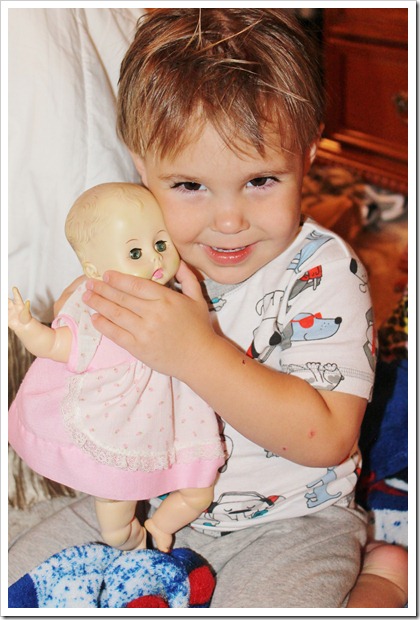 When I was Nash’s age, Keyna was my take everywhere, sleep with, play with, throw up on, take care of, lovey! It was “that thing” that if it had been lost, it would have been a MAJOR catastrophe.

Keyna was such a part of my life that “Keyna” became our safety word! If someone came to pick me up and didn’t know “our word,” they were out of luck!

My sweet second born discovered Keyna and became the most compassionate, loving, caring little thing. He would raise his voice to a higher pitch when he spoke to her…he would rock her…sing to her…and look at her so adorningly. It was BEYOND precious! And, it melted my heart to watch my ROUGH AND TUMBLE little guy have such tenderness. Who says little boys can’t have a baby doll!? If you’re opposed, just keep it a secret from Nash and Keyna! 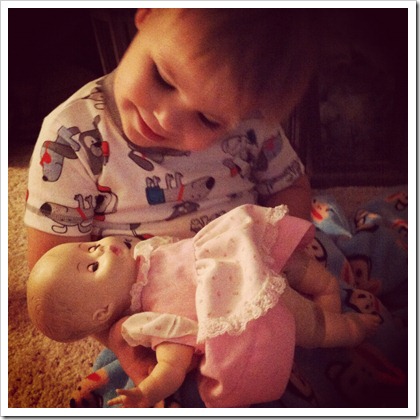 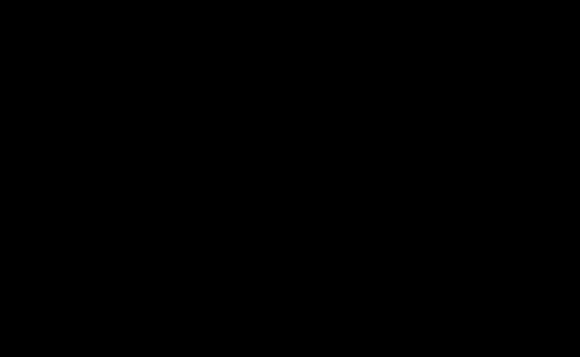 Memories by ThePoeFam at 9:36 PM

So sweet! I love when little boys show their sweet side!

So precious! It's good for little boys to "practice" being good daddies! : )