Something to Think About… 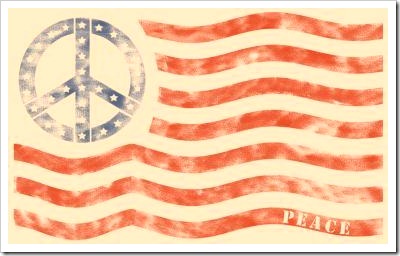 I know that ever since I heard the news of bin Laden’s death, I have been torn. Should I be happy that he is dead? I am! …But, is that right? How does God want me to respond? … I’ve read scriptures…and have still wrestled in my heart with how to feel.

Then, when I read this article from Relevant Magazine I think it hit the nail on the head. Relief is what I should feel…not celebration. …

Editor's note: The death of Osama bin Laden is a difficult paradox for Christians, which is why we asked Jonathan Merritt to unpack it. We think what he has to say is good and important, but we also know it's not the end of the conversation. So we ask that you weigh in with your thoughts on this world-changing event. We want to know what you think, too! We also ask that you write with grace and patience for your fellow commenters.

The snuffing of Osama bin Laden’s life has left White House officials beaming, news reporters busy and the thumbs of Twitterers raw. I can’t blame any of them. After all, this is one of the biggest events of the last decade. When I got the call Sunday night and turned on the television, I could hardly believe it was true, even though it was in bold print across the bottom of the screen: “Bin Laden Killed by Navy Seals.” My heart leapt with joy.

But as the night rolled on and I watched the reports come in and then President Obama speak, I found myself flooded with twin emotions. On the one hand, I was elated that a man responsible for so many deaths was finally brought to justice. On the other hand, I was deeply saddened knowing that someone who by all accounts never confessed Christ had passed from life to death.

I began to question my reactions, asking myself which emotion was more appropriate, more Christian? Should I rejoice at bin Laden’s death ... or mourn it?

After the announcement was made that the world’s most infamous terrorist was indeed dead, the Twitter-sphere blew up. As many as 4,000 tweets per second posted to the social networking site—each one a 140-character reaction to an event that undoubtedly deserved more. For many Christians, it seemed they were not wrestling with how they should feel. Celebration was their clear choice.

Pastor Rick Warren sent out Proverbs 21:15, which says, "When justice is done, it brings joy to the righteous but terror to evildoers." Coincidentally, The Atlantic reported that Warren’s Scripture choice became the #3 most tweeted verse on this subject. Jordan Sekulow of the American Center for Law and Justice tweeted: “Crank this up as you celebrate the termination of bin Laden http://t.co/N7K9X8u.”

I’m reminded of the words of Ezekiel: “As surely as I live, declares the Sovereign LORD, I take no pleasure in the death of the wicked, but rather that they turn from their ways and live” (33:11, TNIV). The outcome that God desired and we should have too is that while Osama bin Laden was still breathing, he would have rejected doing any more evil and confessed Christ. This would have been cause for a true celebration—even the angels in heaven would have rejoiced (Luke 15:7). Anything short of this is a tragedy.

If nothing else, the propensity we feel to celebrate his death unveils the human tendency to want retributive justice for the sins of others but not for our own sins. Christians claim to believe all humans—yes, even Jesus-followers—deserve death (Romans 6:23). Justice demands such a penalty from each one of us. But we don’t want justice for ourselves; we want grace. Luckily, God has provided such grace through Christ.

“Rejoicing in the death of another, however wicked, involves forgetting the depths of our own depravity and the astonishing reality of our own salvation,” wrote Gideon Strauss of the Center for Public Justice in response to bin Laden’s death.

When a Christian points her finger in the face of the wicked getting what they deserve and shouts for joy, she is only revealing that she has forgotten her own need for grace. How can we celebrate God’s saving grace in our own lives on Sunday morning and celebrate retributive justice for others on Sunday evening? Is this not the ultimate hypocrisy?

While the situation will be clearer as more details are revealed, it seems the operation that killed bin Laden was likely in the bounds of government (Romans 13). Yet when a government must bear the sword, its Christian citizens must stand behind it weeping.

And when justice is served to those who wish only to harm others—as it was last night—we may perhaps express relief. Relief in knowing innocent people woke up to a safer world this morning. But relief ... not celebration. God loves those innocents, and I believe He desires to see them free from fear and violence. Yet even as our spirits lift knowing that this man will do no more evil, our eyes should burst forth with weeping knowing that bin Laden will likely spend eternity like he spent his life: separated from the true God.

What do you think the Christian response is to bin Laden's death?

Jonathan Merritt is a faith and culture writer whose work has appeared in outlets such as USA Today, The Christian Science Monitor and CNN.com. He is author of Green Like God: Unlocking the Divine Plan for Our Planet.

Thank you for this thought-provoking article to this very complicated issue.

I agree. Thank you for posting this.

A friend of mine found this quote and it has been attributed to the Reverend Martin Luther King Jr.

"I mourn the loss of thousands of precious lives, but I will not rejoice in the death of one, not even an enemy. Returning hate for hate multiplies hate, adding deeper darkness to a night already devoid of stars. Darkness cannot drive out darkness: only light can do that. Hate cannot drive out hate: only love can do that." --Martin Luther King, Jr.

Thank you so much for posting this. My coworkers and I were actually just talking about this very thing and this explained it so much better than I could.

I agree wholeheartedly with much of this. The first thing that came to mind was how can be rejoice in something that, if it were to happen to someone in power in our country, we'd be pointing fingers? How can we not see this as fuel to the fire that is still burning so brightly? But I do feel peace in knowing he's meeting his maker now & having to stand before our God and take responsibility for his actions. Having these conflicting feelings in my heart is hard. I just pray for our soldiers and our homeland even more so now. Like the quote from MLK, Jr above...hate breeds hate & that is what seems hardest to me.