W is for Winner!

First of all, thank you to all of you that entered our first little giveaway and for all of your sweet comments. I love that so many people love to read about our little 'ol life. ...

But, without further adieu, I'd like to wish a big CONGRATULATIONS to TWO winners!!! 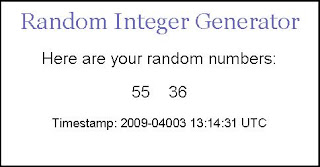 So...that's ...
Jill from Double Vision
-You're going to be the coolest aunt ever!-
&
Hayley from Scott's Scoop
-I hope your twins just LOVE it! You deserve this, girl!-
***If you two will leave a comment with your email address, I'll contact you to get your address! :)
I wish that I had enough to give everyone, but, since I don't here's the playlist for anyone that is interested...they really are all super cute songs!!!...
A -You're Adorable by John Lithgow

Monster ABC's by Riders In the Sky

Who Put the Alphabet In Alphabetical Order? by They Might Be Giants

Tigger's ABCs by the Tiggermania Cast

Alphabet Lost and Found by They Might Be Giants

The A,B,Cs by Go Fish

I Love to Sing My ABC's by Children's Groove

The ABC's by The O'Neill Brothers

Crazy ABC's by the Barenaked Ladies
Memories by ThePoeFam at 7:28 PM

Perfect!! Thanks for sharing the playlist!!!

YEAH...I can't believe I'm one of the lucky winners! Just what I needed this morning! Here's my email address
hscott724@aol.com

Thanks so much. Looking forward to hearing from you!!!

I am so excited that I won!!!! Thank you.!! My email address is markandjillrobertson@hotmail.com

I look forward to hearing from you.