Brittneythew Chapter Five: It's Only $1.29 a Gallon

After the farewell in Abilene, the phone conversations continued! It was still too good to be true! On April 17th, 2002, my journal said..."Today Matt said that he felt lucky all day that I was his girlfriend!" And, my feelings were mutual! It was crazy how quickly everything was happening, but it was wonderful!

Then, on the evening of the 18th, after we had our nightly long phone conversation, someone knocks on the apartment door. And, guess who it was!? MATT POE! He had driven all the way from Abilene to surprise me and I was IN SHOCK! It was about 10:00 when he got there! WOW! What a guy! We had so much fun just talking and hanging out..and taking a few pictures... 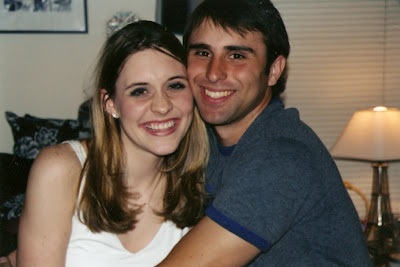 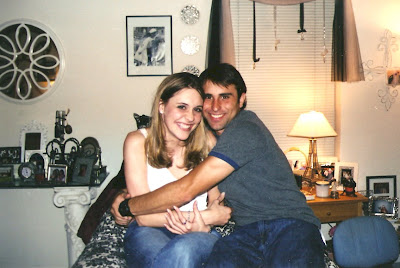 He left that night to stay at Cory's and we met at IHOP the next morning for breakfast. Soon after, Meredith and I left for Marci's wedding in Euless. It was such a wonderful weekend...watching Marci and Matt made me even more hopeful that Matt Poe was the one for me! I wanted what they had and longed to have a ring on my finger! I remember talking to Matt over the course of the weekend and being excited to tell Marci all about "my Matt!" 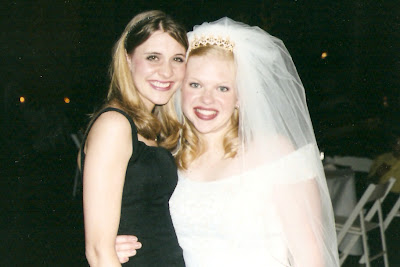 Then, since student teaching is over, and I only had my Monday night class, I packed my bags and drove to Abilene on Tuesday to see Matt again. (Thankfully, even though it seemed expensive at the time, gas was only $1.29 a gallon...so the 3 hour drive wasn't too expensive!) Seriously, we couldn't live without one another!!! ...We spent every moment together in Abilene...

On Tuesday, April 22nd, we had dinner with my mom and dad...they liked him, it was obvious. On Thursday, Matt was given a "goodbye picnic" from Abilene Bible Church...the church that he had served as youth pastor for over 2 years. I went with him and felt proud to stand next to him and meet all of the families that loved him so dearly. He's obviously very good at what he does for them to have such sad emotions about him leaving. 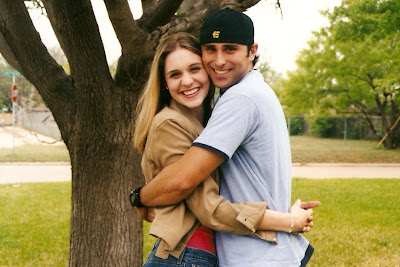 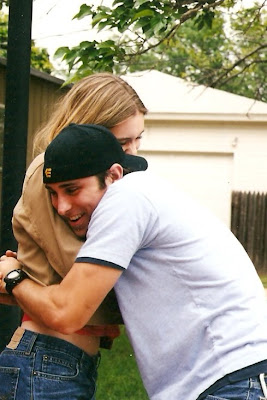 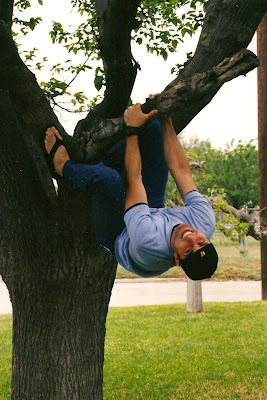 Then, on Friday, it was time to go back to Waco once again...but this time, the goodbye wasn't so difficult because I knew that Matt would be moving to Waco on the 30th to start seminary. When I drove off, he was still at my house...and stayed there for an hour after I left just chatting with my mom. Brownie points for Matt Poe!!!

Memories by ThePoeFam at 4:56 PM

Ok, these are a hoot to read. The chronicle's of Mattney...(that's what I'm calling it) Such great memories you two share. I'm impressed how much you remember. The details, it's extraordinary. Although, Jason and I both can remember what the other one was wearing on our first blind date. He still has the shirt and wear's it. Maroon polo button down. Scary, huh?