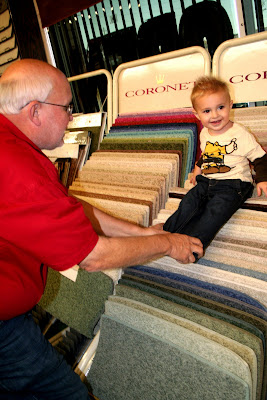 In 1951, when my Dad was only one year old, his parents opened a store in Abilene, Texas called Broyles Carpet and Draperies. My dad lived with his parents in the house behind the store and grew up knowing all about carpet. Then, in 1961, when my Dad was11, the store became Broyles Carpet and moved to a huge and very cool building on North 1st in Abilene. In 1966, at the age of 16, my Dad worked in the warehouse of the store and made $1.25 an hour. Then, in 1968, he started selling carpet and gained his salary on commissions. After working as a sales man for 2 years, at 20 years of age, my dad bought into the store with his Daddy, Mitchell T. Broyles (Pawpaw), and became co-owner of the family business.

And, that's where my memories come in...I can remember so much about Broyles Carpet...the smell, the places to climb, the cool rounder of colorful carpet in the front window, climbing up the steps to get to Pawpaw's office, selling my hand painted wooden magnets, the funny no smoking signs, standing outside of the store next to the "Happy Birthday, Brittney" marquis and more. It was a fun place...and it was cool to me that my Daddy and Pawpaw worked there together. I can remember saying that when I grew up, I wanted to work at the carpet store too!

Then, in 1990, my dad and Pawpaw got tired of the craziness of owning their own business, and the store was re-opened by my Step-Uncle. They left the North 1st building and moved to another building in town...and re-named the store Advanced Floors. My Pawpaw worked there until his death in 2000 and my dad works there to this day. He's good at what he does...even though I'm sure it gets monotonous, it's all he's ever known...so people like to come to him for business.

And, even though Quinn has been to the store numerous times, this is the first time that he's really played! Climbing, sliding, riding in the forklift, running around! He loved it and it was fun to watch him do what I once did...and know that my dad did too! So, here's to generations of fun...and lots of memories at the carpet store!!! 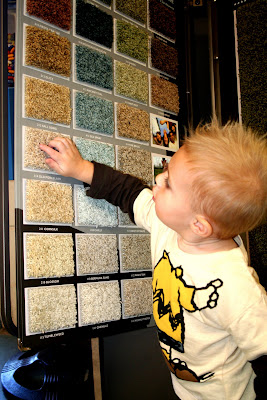 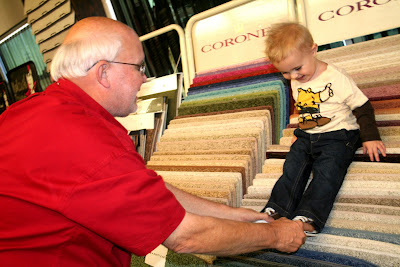 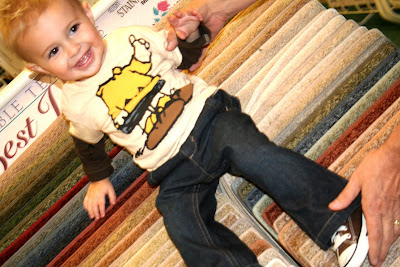 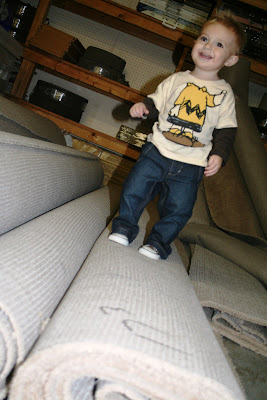 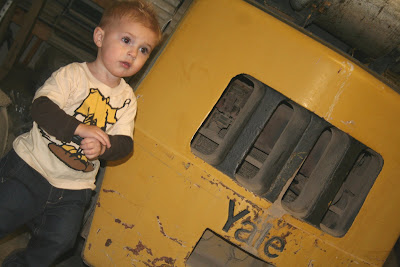 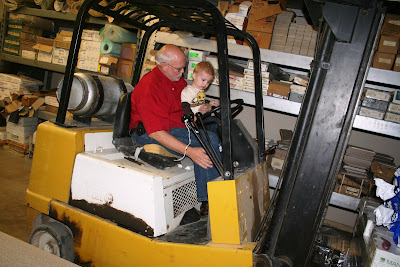 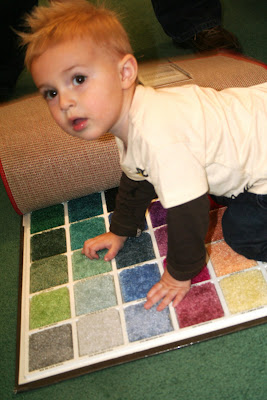 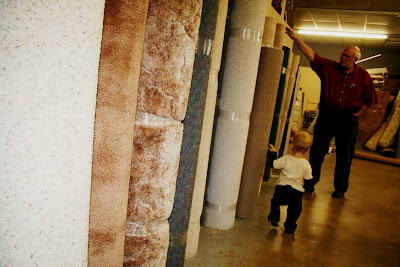 Memories by ThePoeFam at 2:58 PM

i remember your dad's store well. i especially remember the van that had no seats and was lined in carpet--the one we all piled in for christmas caroling every year. sweet memories!

they are clearly enjoying Q!

how funny...my dad's family owned a carpet and home furnishings store when i was growing up. i have those very same memories!!! :)