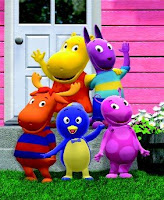 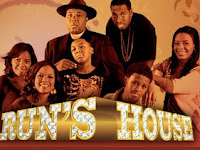 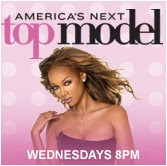 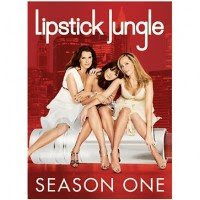 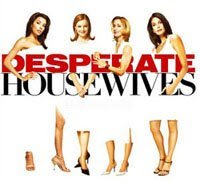 Matt and I LOVE it when our shows come back on!!! And, after the silly strike that went on last year, we feel like it's been FOREVER since we've gotten to watch "our shows." Since the beauty of DVR, watching our shows at night is really our favorite thing to do! And, since Quinn has been in our world, we cherish it even more! So, here's to a new season of many hours of T.V. watching...minus the commercials!!!

My shows: Lipstick Jungle- If you didn't start watching it last season, it's not too late!; America's Next Top Model -I want to be a part of those cool photo shoots, don't you?; Oprah- I have it recorded every day but only watch every now and then. I'm kind of bored with her now!

Our shows: The Office-I think I might look the most forward to this one!; Grey's Anatomy & Private Practice-we're hooked!; Brother's & Sisters-makes me want to have a big family; Til Death-we've watched it from the beginning and we think it's pretty funny and only 30 minutes; 90210- don't knock it! When you get into the story line, you can't stop watching!; I Want to Work for Diddy- you'll quickly feel sorry for people that work for him!...it's some good "high class" entertainment!; Run's House- such a cute family!; Carpoolers-pretty funny, but could take or leave it!; Chuck-Matt liked it last season, I was somewhat disinterested, but people like it!; Desperate Housewives- the ultimate soap opera, but with good actors!

Quinn's shows: Backyardagains-He really just likes to dance to the intro, but requests the "gains" often!; NFL and College Football-Matt is so thrilled to finally have someone in the house that appreciates it as much as he does

Shows I/we are looking forward to: American Idol-when will it get old!?; The Bachelor-Can't wait!!!; The Ex List-it looks good and is with the girl from Grey's that got in the accident and had her face reconstructed; Kath & Kim- looks hilarious! I hope it doesn't disappoint!

Let me know if I'm missing out on any! ...I know, I know, we don't watch Lost or some of those other 'stress me out' shows...We just didn't get into them!

Memories by ThePoeFam at 3:52 PM

Do you still watch Desperate Housewives? I missed it a lot last season, but am caught up for it to start again this season.
What about Project Runway? They're down to the final 4! And you would like Samantha Who...there's just no way to keep up with it all!

i love project runway & top design, although they are in the middle of their seasons. and jason and i can't wait until the new top chef starts... apparently they have already started shooting.

i also have a question for you. what do you and yours use to make the blog books you have mentioned?

My girls are a fan of the Backyardigans also - and they are coming to Dallas - we got tickets - it should be fun. They are coming Nov 15

My husband and I love "The Big Bang Theory", it's a simple and funny 30 minute show about some total nerds that live across the hall from a cute girl. Hysterical! Also, have you gotten into Private Practice, the Grey's spin-off? I love it!