“It is good to be children sometimes, and never better than at Christmas when its mighty Founder was a child Himself.” ~Charles Dickens

Last Friday night, we had a party in our old neck of the woods! So, we decided to go a little bit early so that we could visit THE Santa!! Quinn was SUPER excited and had been planning on what to tell him that he would like for Christmas. And, the jury was still out with Nash…it was either going to be fabulous or a complete nightmare.

When we arrived, Santa was feeding his reindeer. So, we were the first in line to see him when he got back. Nash {illegally} explored around Santa’s little room while we dined on yummy coffee and snacks from the bookstore’s coffee shop. It was hard to be patient, but we managed.

About 10 ‘til 4, we all beamed when we say the Big Guy enter the room. And, in true Santa fashion, he loved and LOVED on my little guys. Hugs, kisses, “I love yous” and answering all of Quinn’s questions about his reindeer. He truly is SUCH a precious man!!! He spent majority of the 10 minutes playing with my two little guys. And, he even said, “Hurry Momma and take lots of pictures, because ‘they’ won’t let you once you get inside!” Nash wasn’t even scared and gave Santa lots of sweet smiles. {You’ll have to watch the video to see some of our interaction with him!…I’ll upload it soon! It’s so sweet!}

And, as soon as all of the workers appeared, it was our turn to sit on his lap. Quinn was eager and had no problem cozying up! And, Nash, didn’t protest either. We laughed and laughed as we watched Quinn play with Santa’s beard (the WHOLE time) and tell him exactly what isle at Target to find the Rise of the Snakes Ninjago Lego red motorcycle set with Kai….and on and on and on. And, he also informed Santa that Nash would like a ball pit. Santa told the boys that he wouldn’t make any promises but that he’d try his best!

I think Quinn would have stayed all day chatting it up with Santa. But, we chose our DARLING pics and went on our way. Afterwards, Quinn loved talking about his magical moment with Santa…and Matt and I couldn’t get over how much fun it was to watch them have so much fun!! We agreed that visiting Santa was one of our most fun parenting jobs! :) So magical!!! 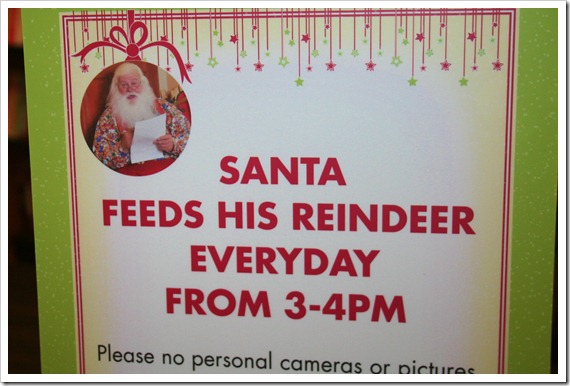 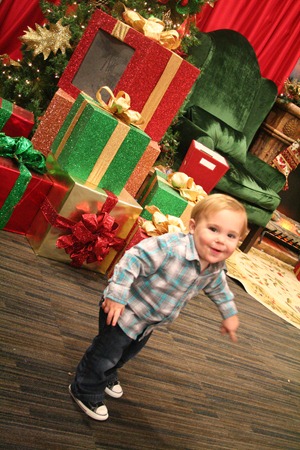 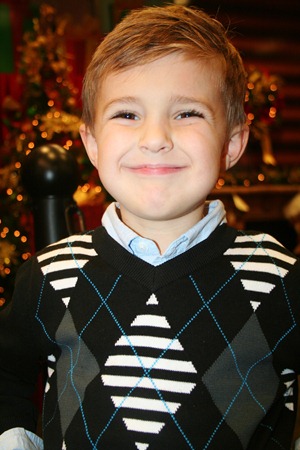 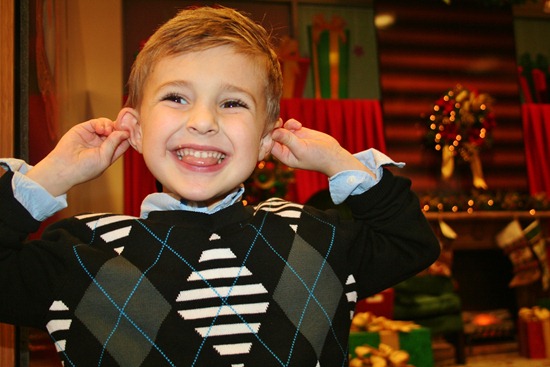 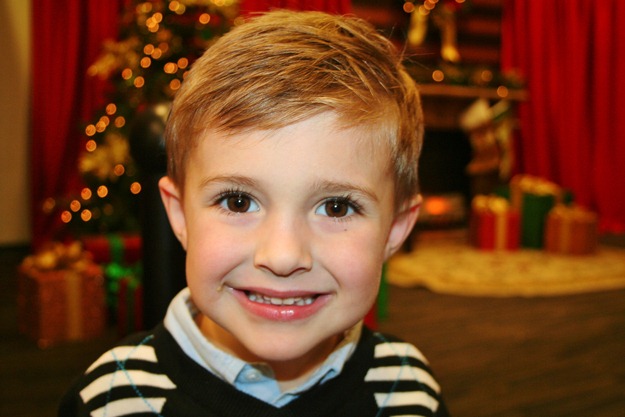 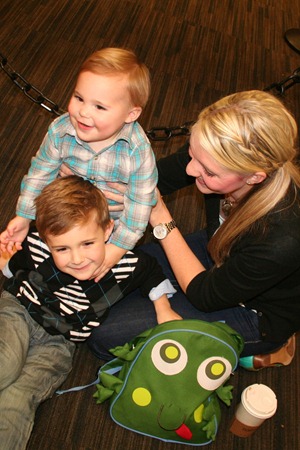 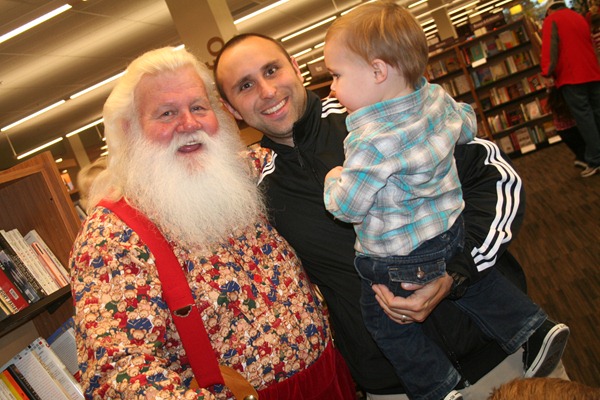 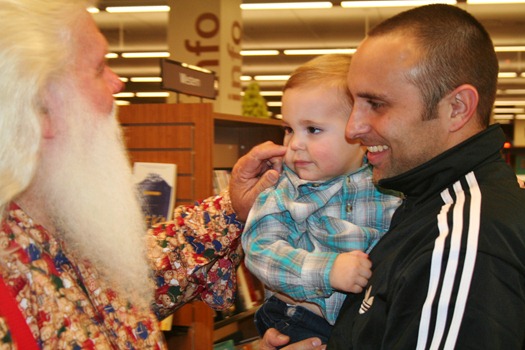 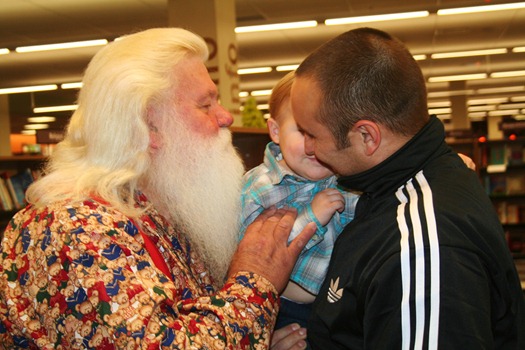 {My precious boys with Santa…and Santa through the years…} 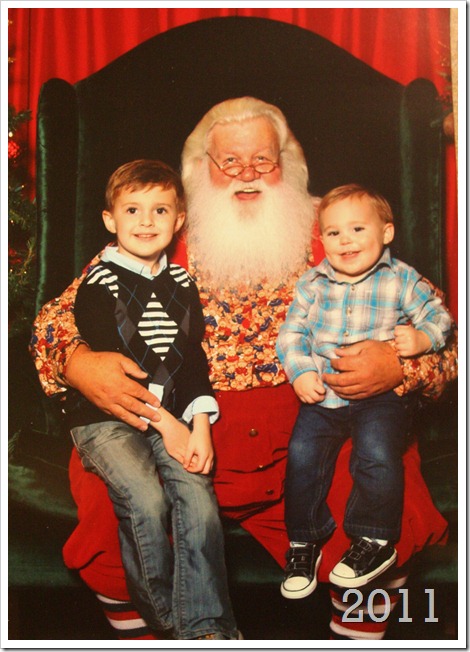 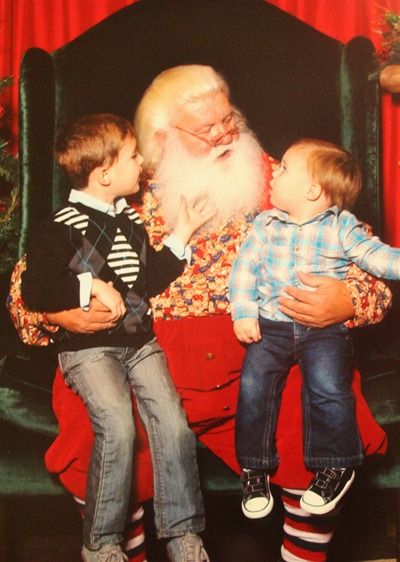 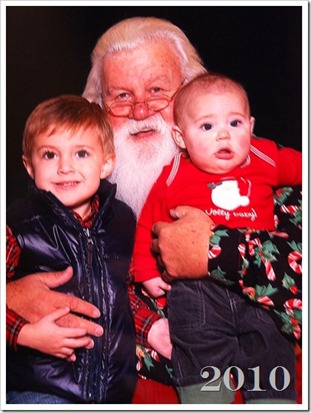 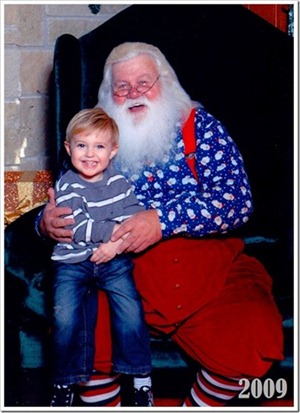 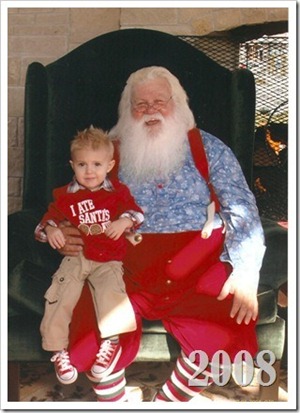 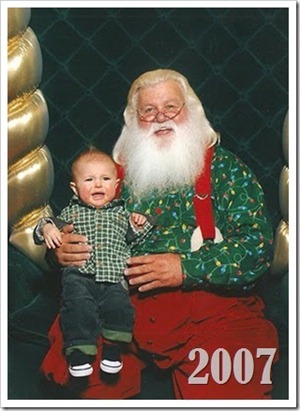 Memories by ThePoeFam at 9:15 AM

Email ThisBlogThis!Share to TwitterShare to FacebookShare to Pinterest
Labels: Christmas

My sister told me about your blog {she loves it} ~ her sister in law told her about it {and so on and so forth}. So happy to find another mommy friend blogger! I'm your newest follower and would LOVE to have you come over for a visit!!!