There’s a time for Bribing…

And trips to the doctor are one of them. Especially when it involves shots. Shots for BOTH boys…but, especially shots for my BIG 4 year old.

The anxiety that I’ve felt about this doctor’s appointment is unexplainable. Every Mommy I know that has taken their 4 year old for his well-check has warned me of how HORRIBLE this one is. Four shots. And, I knew that Quinn’s visit would be no different.

Thankfully, up until now, Quinn has had only good thoughts about going to the doctor. Usually thoughts that involve a sucker and a sticker. …But, for this one, Matt and I decided to start talking it up early. And, letting Quinn know that after his visit, he was going to get WHATEVER “sussy” he wanted!

But, we never mentioned the “S” word. We debated it, but we decided waiting was the best option.

Crazy enough, at bedtime the night before, Quinn mentioned the pain of shots when he was asking me about Jesus dying on the cross. He said that somebody at school talked about how they hurt. So, we talked about it a little bit.

Then, the next day, Quinn was SUPER excited about going to the doc…because it meant a toy afterwards! But, on the way, he said that he didn’t want shots and asked if he would be getting any? Obviously, we told him yes and explained how it would be quick and wouldn't hurt for long. And, crazy enough, he seemed ok.

So, after a short wait, we went in and did all of the fun stuff for a 4 year old’s well check…weight, height (which told Q that he’s tall enough to ride ALL of the rides at Disney World), hearing, sight, blood pressure and more. It was like a game! 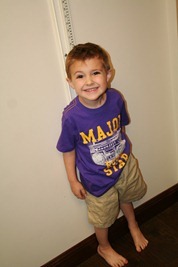 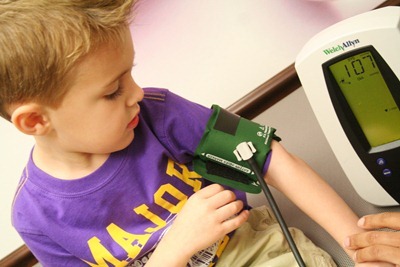 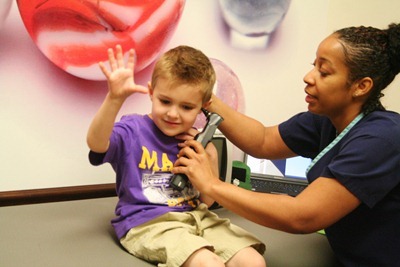 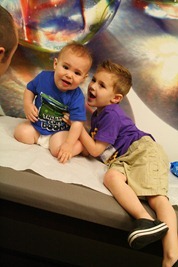 Then, it was Nash’s turn…weight, length and more. Finally, Dr. G came in and checked out both boys! Still fun!!! And, last AND least, it was SHOT time. We explained to Quinn that he could do it and he could be SO brave. 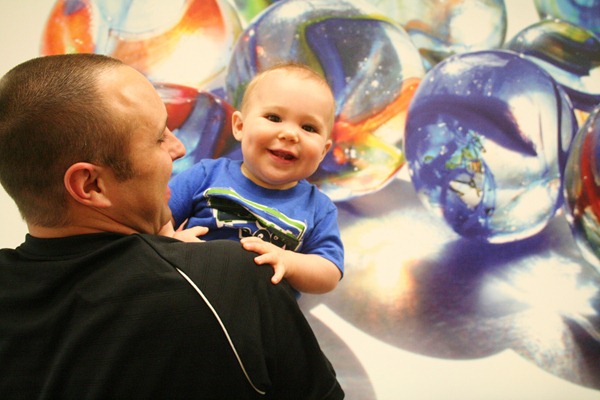 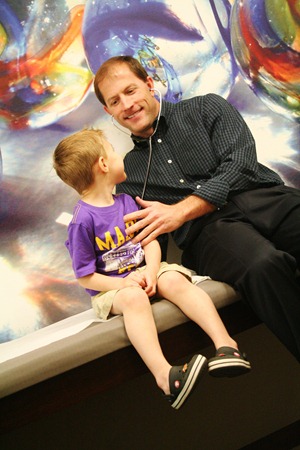 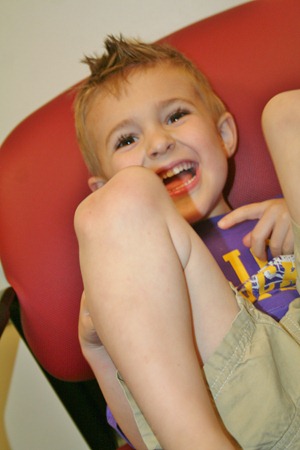 You could see the nerves all over him when the “shot lady” walked in. But, with a few more pep talks, he willingly laid down…while Matt looked him in the eyes and held his hands. One shot. (with a little “ehhh” from Q). Two shots. DONE! And, what did we see? A crying 4 year old!? NOPE! A big, brave smile!!! NOT. A. SINGLE. TEAR! I was SHOCKED and SOOOO proud! What a big, brave boy!!! 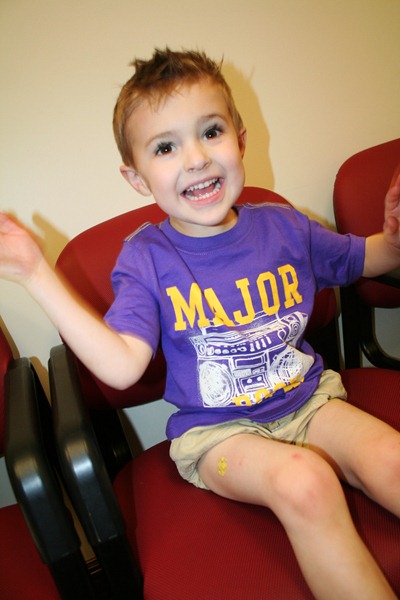 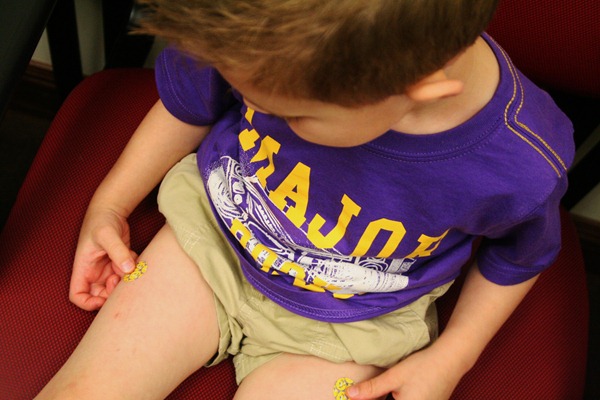 Nash wasn’t quite as big and brave when it was time for his shots, but that was expected! :) And, all in all, both of my sweet boys had such great check-ups! We couldn’t be more thankful for their happy, healthy little lives. Blessed.

And, sussies all around made for 2 very happy little guys.

Memories by ThePoeFam at 9:43 PM

That's great! Thanks for sharing how you "prepped" him beforehand.

LOVE Dr. G and love that Quinn was such a big, brave boy!