Nash’s first winter is one that won’t be forgotten. At the beginning of January, we got a week of snow covered grounds…then, last week, we got a sneak peek of spring…and, now, we are experiencing the CRAZIEST ice & snow storm I’ve ever seen. On Monday night, the ice came down, and the temperature hasn’t gotten warm enough to even think about melting it. (the high on Thursday was 17!) And, today, there are 6 or more inches of snow on the ground! Mercy! I can’t even believe it!

So, we have been trapped in our house since Monday night. Thankfully, I have a big boy that LOVES to be at his home. He loves to play, Play, PLAY! And, in our four days of being “iced in,” he hasn’t once complained about being in or not being able to go outside. He’s just my little home body.

Sadly, Nash isn’t  feeling 100%, so we started doing breathing treatments again…but, other than a bit of a fussy baby, it hasn’t been too bad. Granted, I look forward to some “me” time once all of this finally decides to melt…but, it has been nice to have Matt home and to be a little more lazy that normal.

We were supposed to leave for Abilene on Wednesday for Matt to speak at a Disciple Now this weekend…but, it was cancelled. So, now, we’ll do more of the same…stay in our jammies…and I’ll start unpacking from the trip that didn’t happen!

{Matt has been a wonderful Daddy…playing and playing with Quinn. He even got him his first Wii game…Super Hero Squad! Even though it’s hard and he’s trying to figure it all out, he LOVES it and loves spending the time with his Daddy. They’ve spent hours fighting bad guys this week!!!} 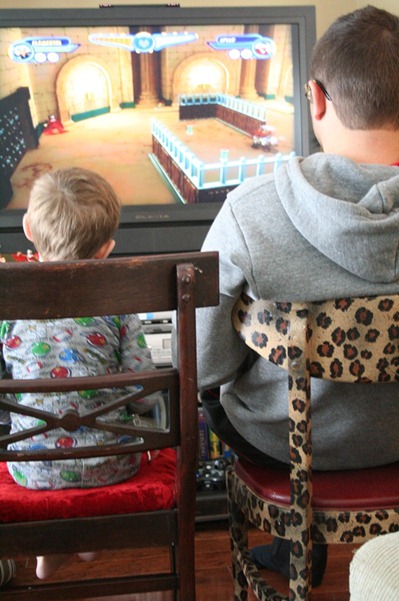 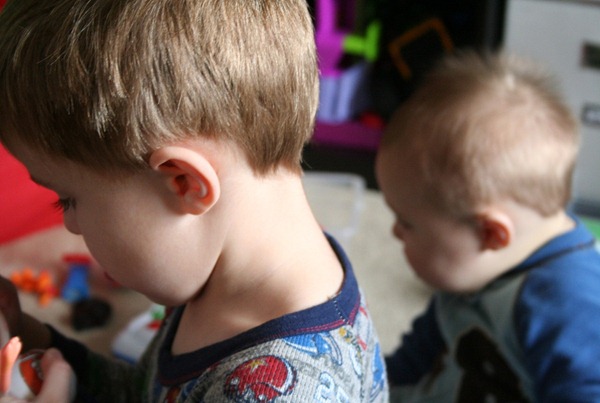 {All of their toys have gotten lots of use this week. Hilariously enough, Nash always seems to go for Quinn’s toys over his own. And, most of the time, Quinn is willing to share. Sweet brothers!} 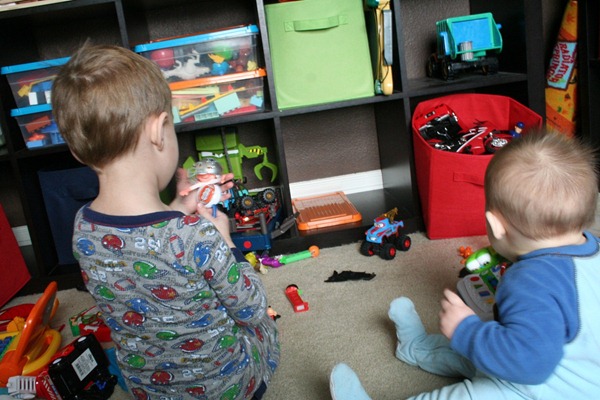 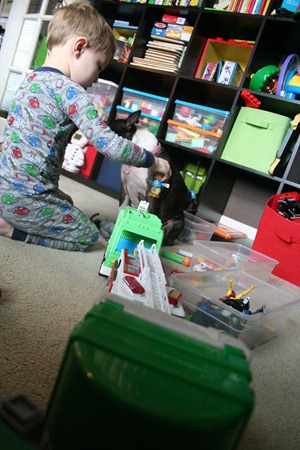 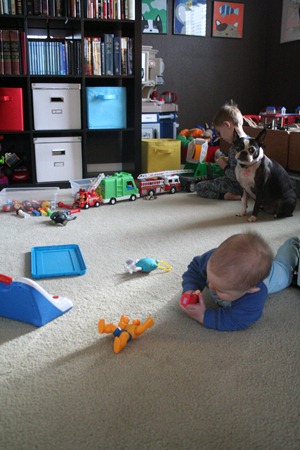 {Goodness knows Matt and I have needed to crack open a few bottles this week! Can anyone say “red rum!?”} 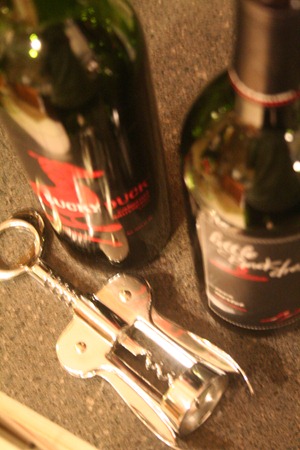 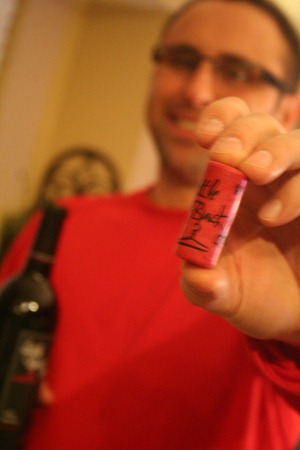 {Around day 3, things started to get kinda silly…Can you blame us!?} 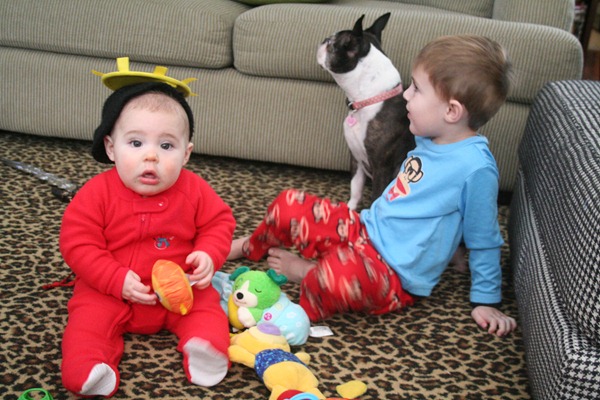 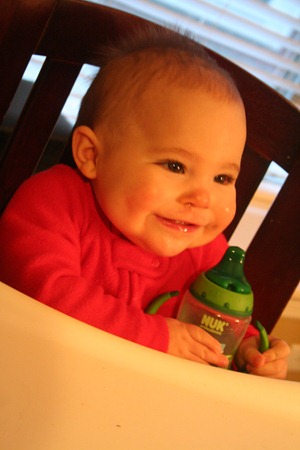 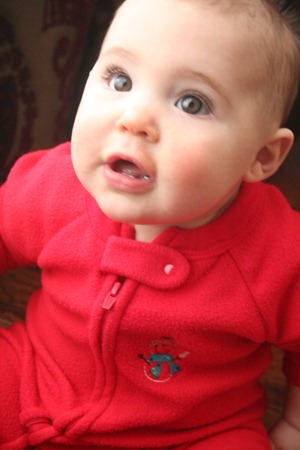 {We’ve tried to do some fun things around here. Quinn spent a good while building with marshmallows and toothpicks. And, Daddy has made up some pretty great games too…including an awesome golf game!} 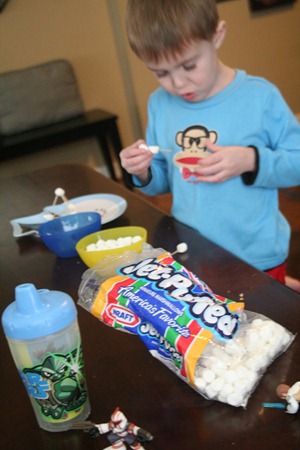 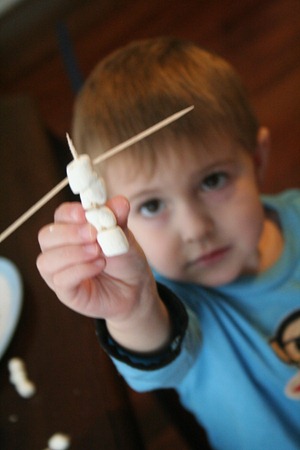 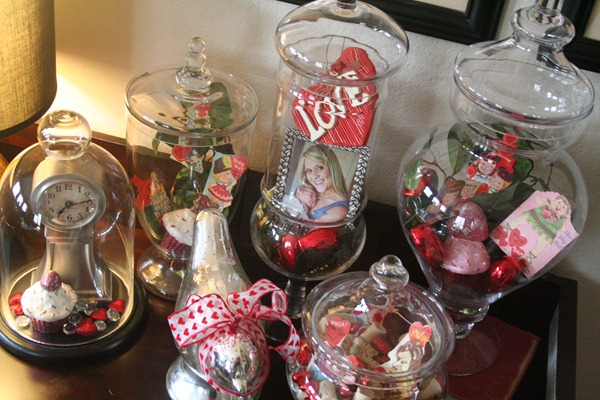 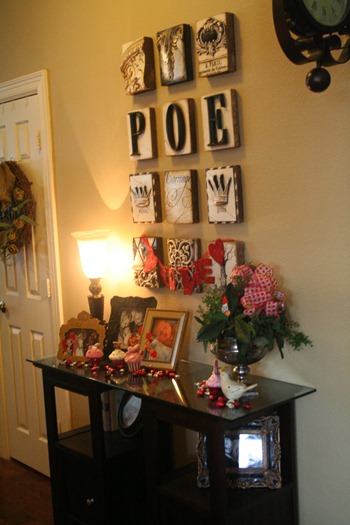 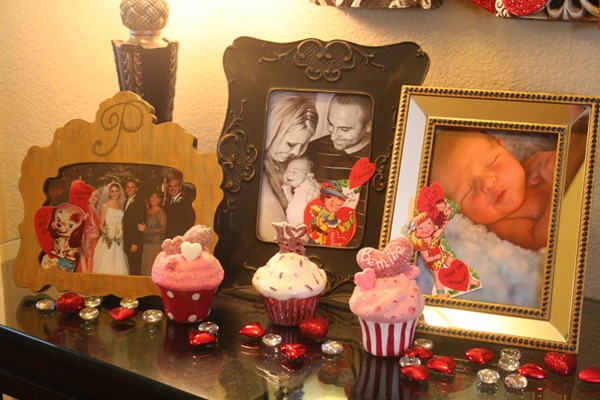 {He was most excited about the vintage Disney valentines…} 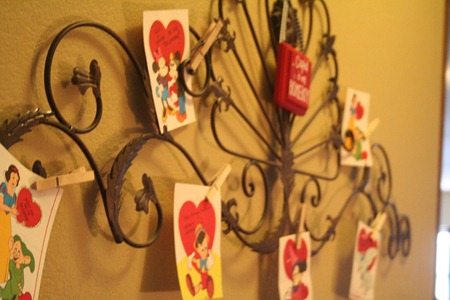 {And, we’ve obviously spent EVERY day in jammies. We change out of one pair to get into the next for bedtime!} 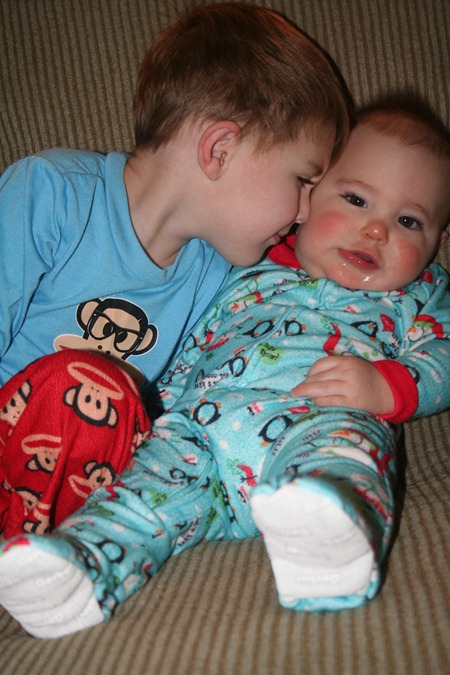 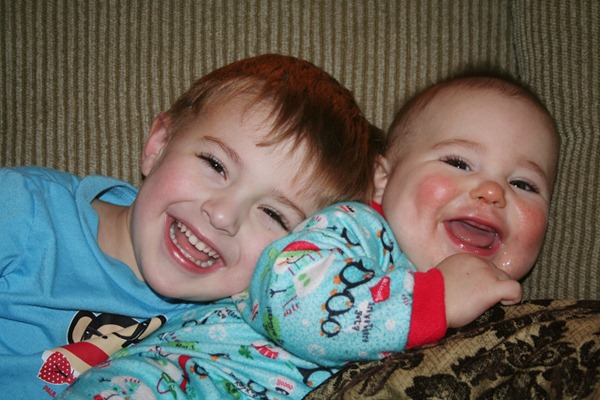 It has been such a weird week. You would think that my house would be spic and span and that each cabinet and closet would be organized. But, I couldn't have gotten less accomplished! We’ve been lazy while trying to stay warm…and in survival mode. It’s definitely a winter that we’ll never forget. … And, today, we finally get to go outside to enjoy God’s beauty! It’ll be gone {I think} before we know it!
Memories by ThePoeFam at 11:23 AM

So glad y'all have enjoyed your snow week! I love all the Valentine's cuteness!! Stay warm! :)

Glad ya'll are surviving this crazy winter weather! Your guys are SO CUTE!!!!!

I'm so glad to read I'm not the only one this week. We too have stayed in jommies since Monday night, haven't gotten enough chores done, etc. At least today we got to enjoy the snow instead of just the crazy ice!

LOVE seeing what your cute family has been up to this past crazy weather week!! we are in pjs all day, every day too!! I think our playroom looks exactly like yours- the black ikea shleves and the bright totes! i mean, exactly! i love all your sweet valentines decorations- good ideas!!