Nash has been a busy boy this week. On Monday, we went to Trinity’s house for his Christmas playgroup. We missed some of our friends, but had so much fun playing with the ones that could make it! Trinity was an excellent host and Cole and Everley were so much fun too! And, the mommies had fun chatting, of course! 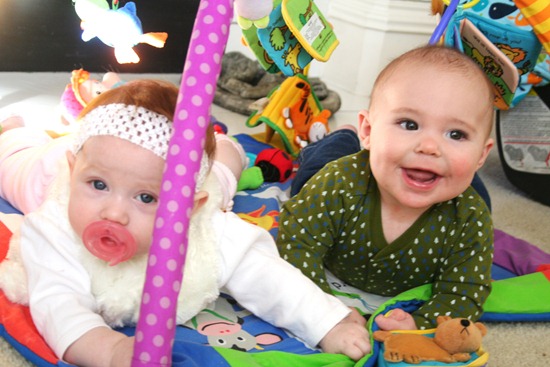 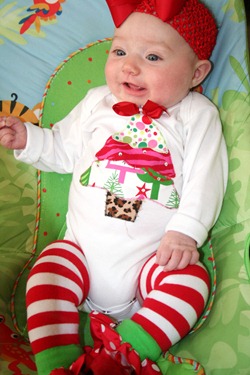 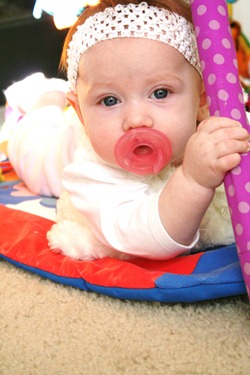 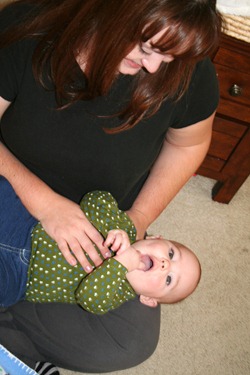 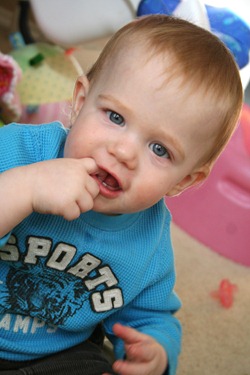 Then, on Tuesday, we headed to Summer and Sutton’s house for her annual Santa Baby party! It included 20 little ones…all 2 and under! Whew! It was crazy how many smocked little ones were running around! And, Summer was such a brave host to have so many babes in her home! Nash felt honored to be included! 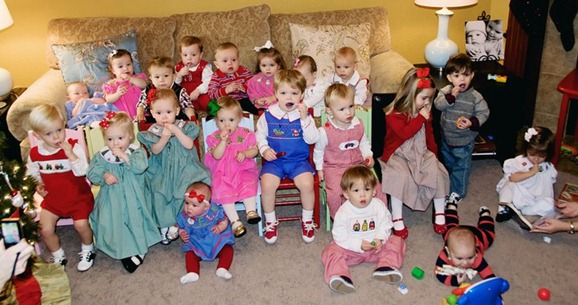 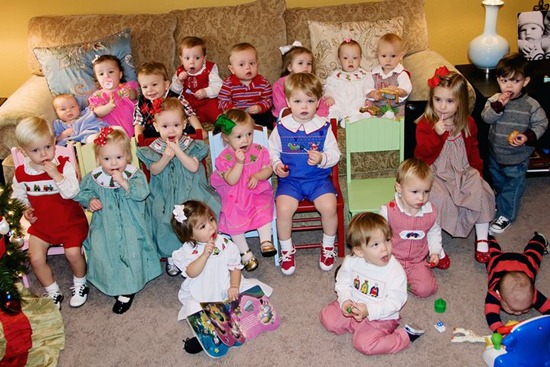 And, for the first time, Meredith, Kara and I took the opportunity to take a pic of our littlest loves. Their big brothers were the originals in our first playgroup. So, it was super sweet to have these three together! … 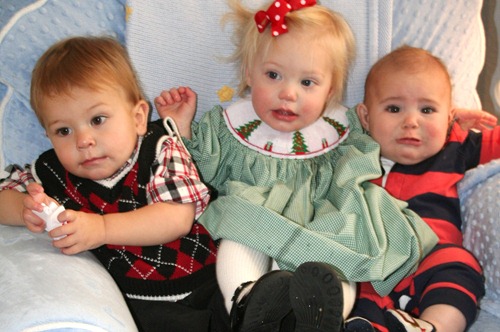 …but Meredith’s songs and silly moves quickly had him giving big grins for the camera! 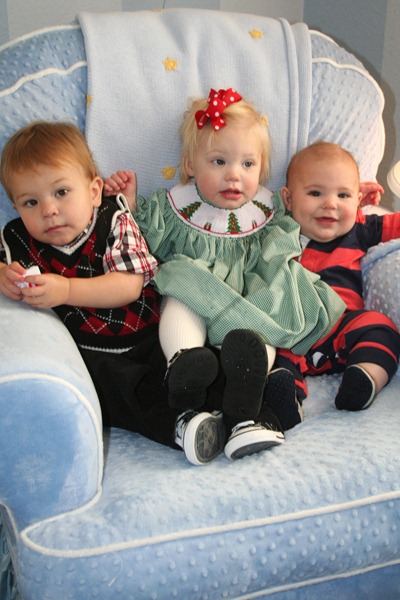 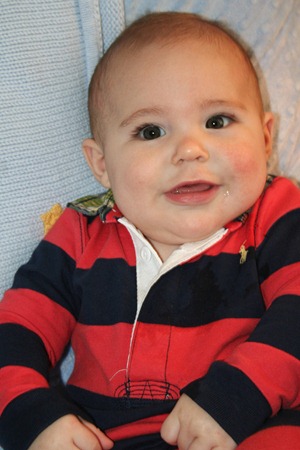 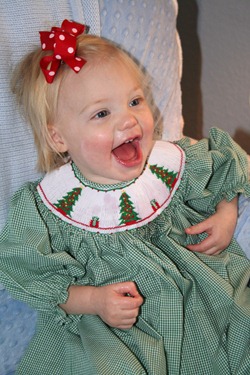 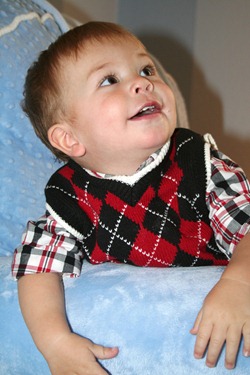 And, here are those Big Brothers I was talking about… 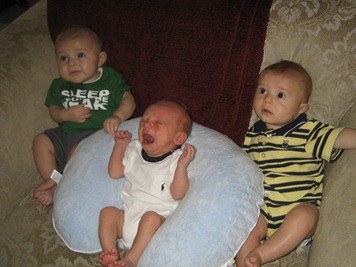 Memories by ThePoeFam at 3:11 PM

Awwww.... I just love this post!! Brings back so many sweet memories!!! I still literally laugh out loud every single time I see that last picture! I loved hanging out with you at the Santa Baby party and am so happy we took pictures of our littlest ones together!! Such special moments that I am thankful we have captured!! Love you!

SO glad you and Nash came!! We loved seeing you and wish we could have visited more ... we will have to get together again soon! Love that last pic of the big brothers ... sooo sweet!!