Christmas Eve is such a wonderful day. The anticipation for the day that is to come is like no other. I’m so thankful that we get to relive it again every year. And, I’m so thankful to have children to make the magic even more magical!

This year, like every year, we opened our new jammies and got dressed in them early. Then, after dinner, we took the obligatory jammie pictures, loaded up the car, and got annoyed (once again) that Starbucks closed so early! So, Matt got us hot chocolate and coffee at the nearest 7-11 and, finally, it was time to drive around and look at lights. 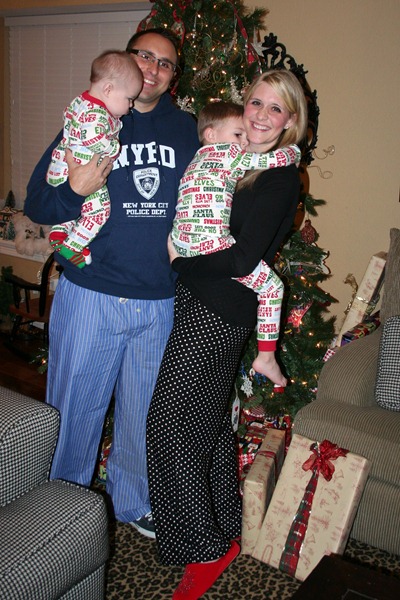 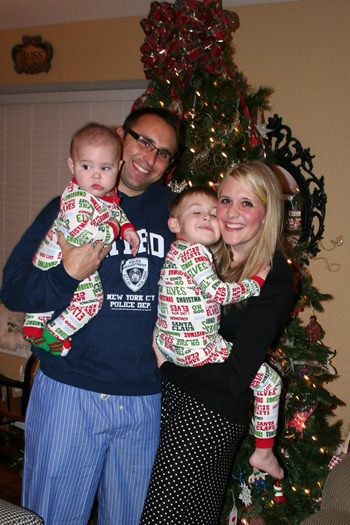 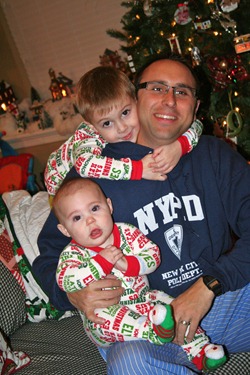 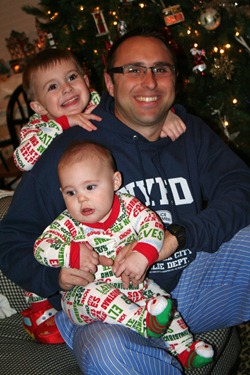 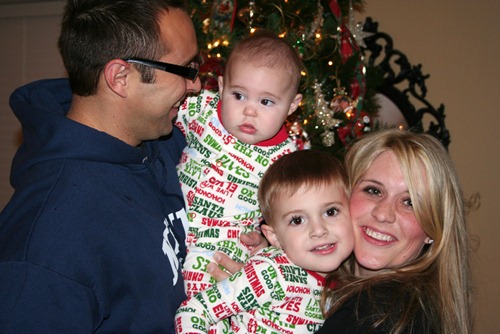 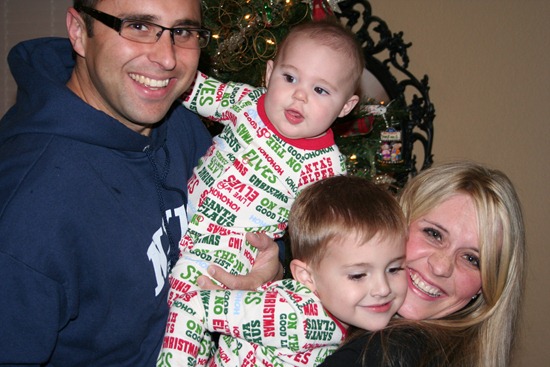 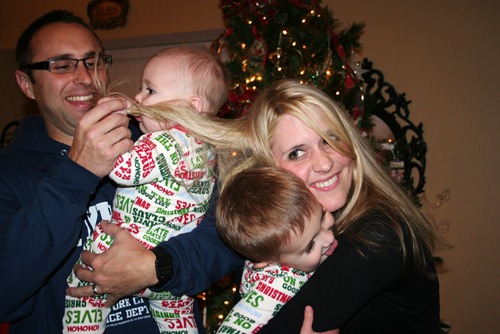 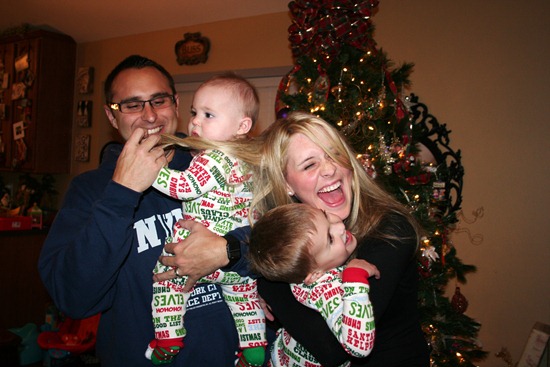 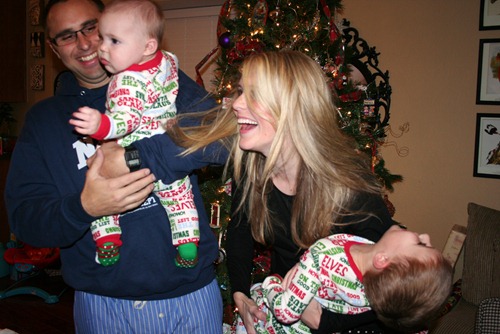 {And, moments later, he did the same thing to Mammer…little toot!!!} 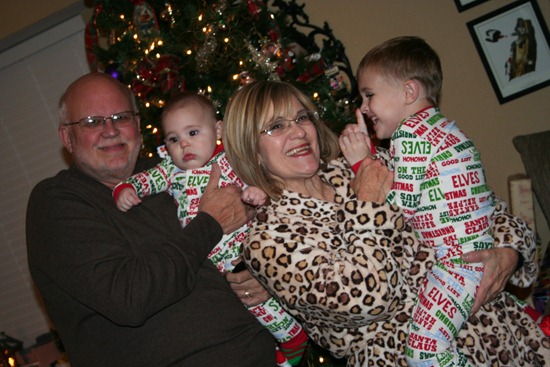 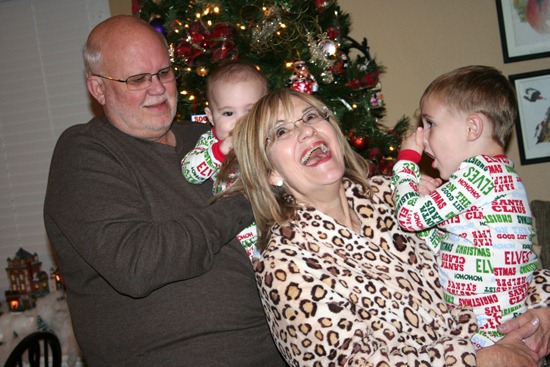 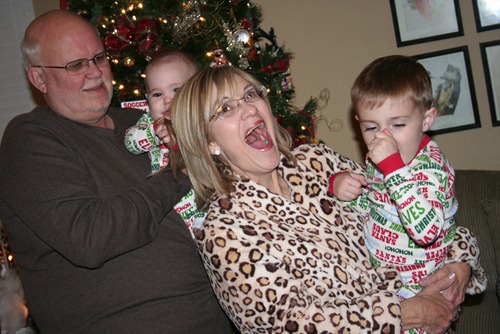 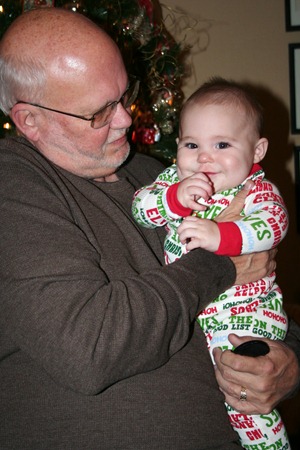 In our 4 years pre-kids, we used to drive kind of far…going to the most lavish neighborhoods and oohing and ahhing over their greatness…while waiting behind lots of cars to creep through the beauty.

But, since bedtimes and hungry babies that hate car seats now interfere, we went to a nearby neighborhood and oohed and ahhed over the lights there. 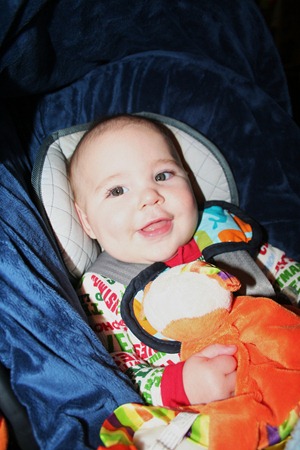 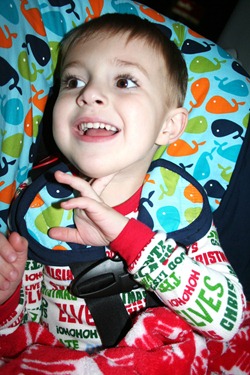 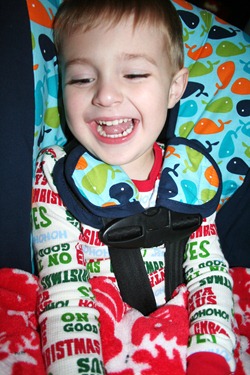 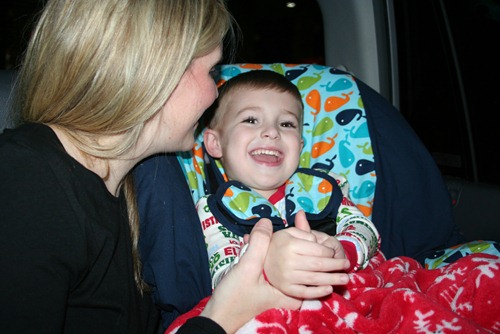 And, I wouldn’t trade it for the world.

Then, after about 30 minutes of light looking (and getting SUPER excited about EVERY “blow up” that we’d see), we went back home to write our letter to Santa on his plate, put out the cookies & milk, carrots & water and the magic key. (just in case Santa was tired of going down chimneys!) 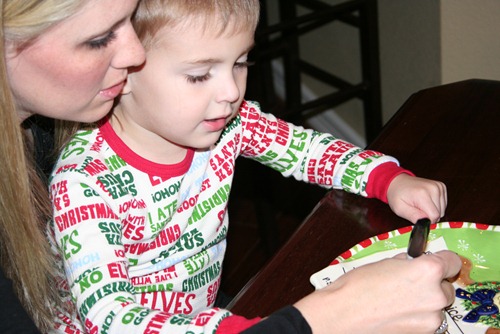 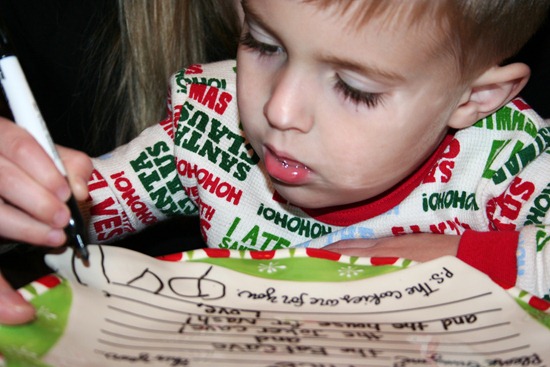 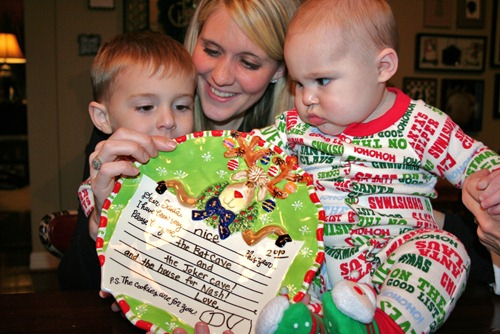 And, then it was time to dream…and to sleep lightly so that we could try to hear Santa and his reindeer when they arrived in the night. Happy Christmas Eve!