After an insane amount of pep talks and conversations about the disaster of a game last week, and a SUPER great practice on Monday, our Wolverine was EXCITED to play in his second game! He never once discussed not wanting to go, so we chalked up the sadness from the first game to nerves…and couldn’t wait to see a change! (fingers crossed!) 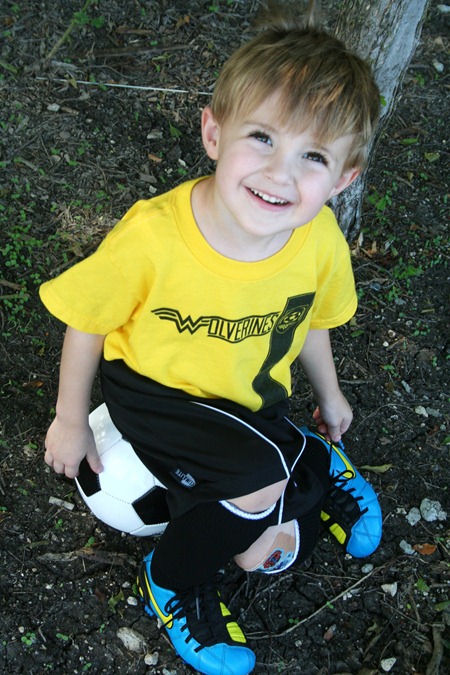 When we arrived at the fields with Nana and Pawpaw, Quinn was all decked out in his new “Batman” shinguards and COOL new shoes! (TRUST ME…we did EVERYTHING to make #5 excited!) He was ready! 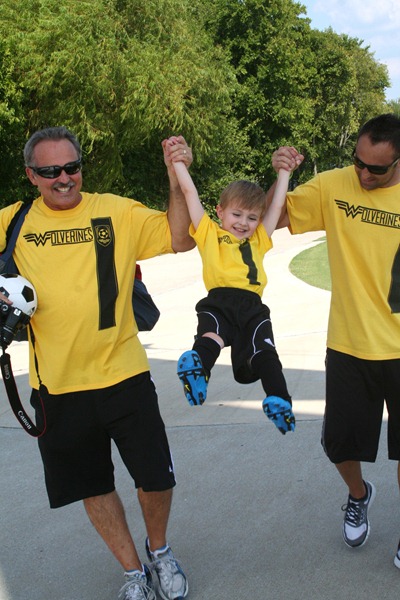 And, when the game began, our little soccer player decided that this WAS fun! He started…he ran…he even kicked the ball! And, most importantly, HE SMILED!!! We cheered and were so proud of him! Due to a pre-game fall, there was a little drama about the bandaids from time to time (see the sweet ref checking on him in the pic below)…but, he always got back up and ran some more! 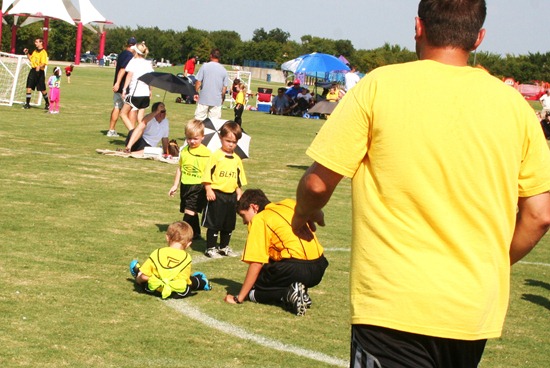 Sadly, this crazy Texas heat is NO better…and it was HOT and SOOOOO HUMID! Coach Mike was always making sure that the boys were doing ok and weren’t too tired. At one point he reminded the boys that if there were too tired, or just needed to take a little break, that they just needed to raise their hand to let him know.

And, as soon as the words came out of his mouth, my  little guy was ready for a break…hand raised and all! It cracked us up! 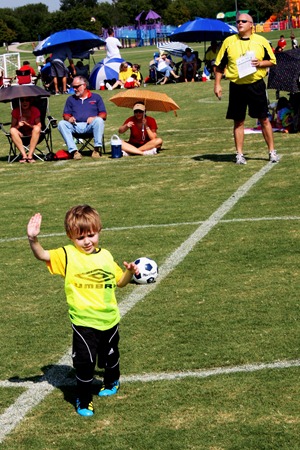 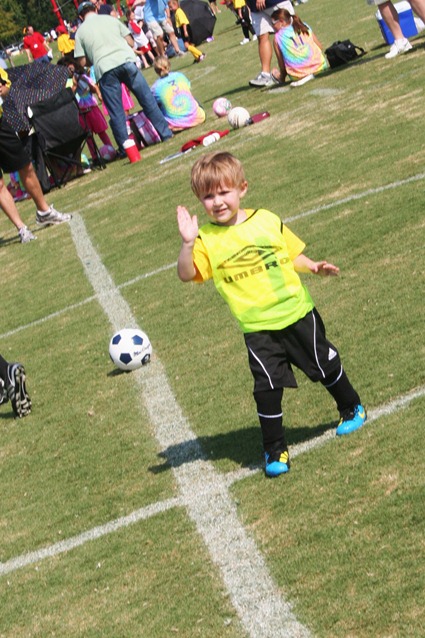 But, after some hydration, he was ready to play once more. Thankfully, he was a COMPLETELY different kid from last week! 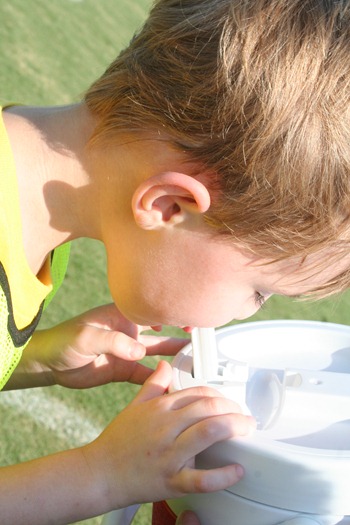 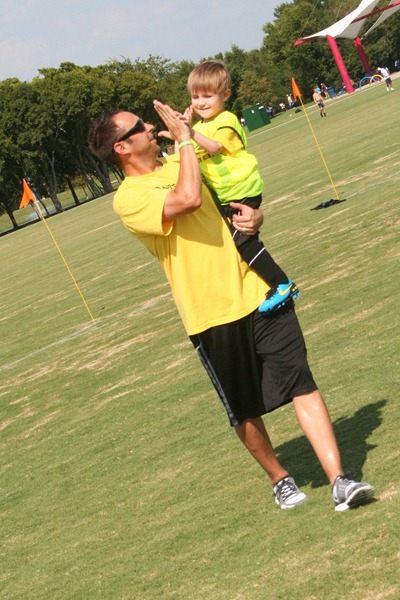 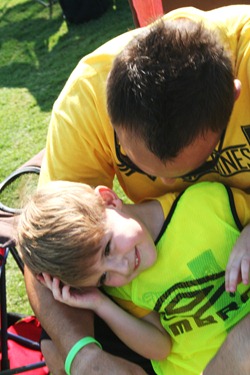 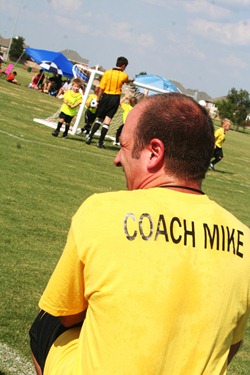 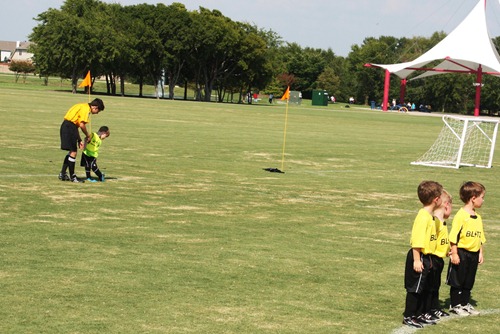 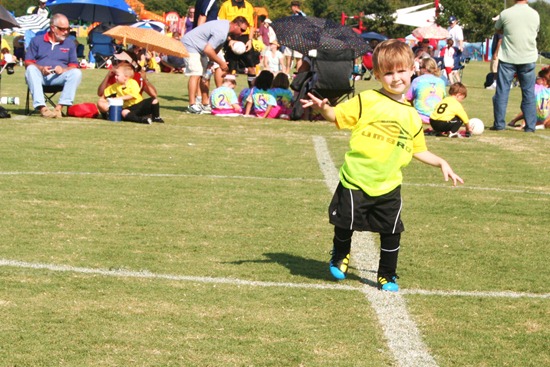 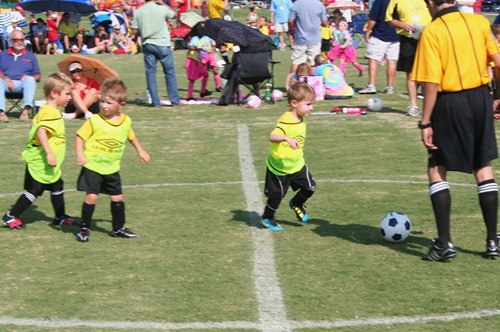 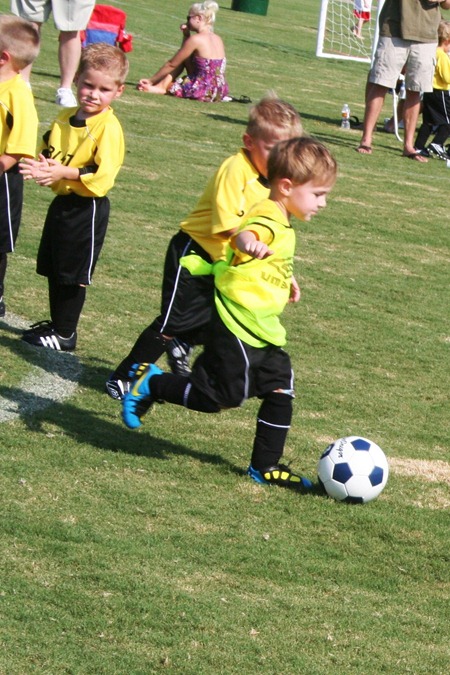 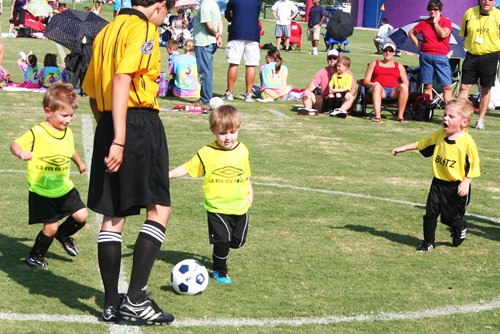 We even saw a TINY bit of aggression from our little tender hearted guy! 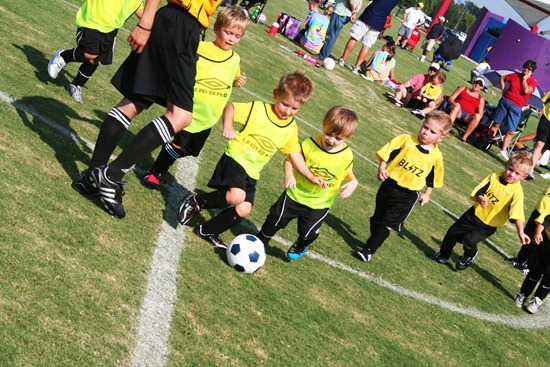 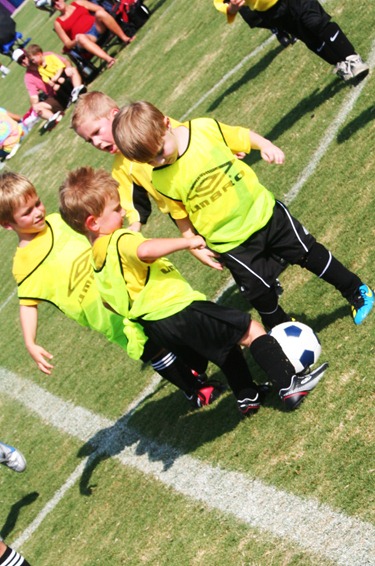 Soon after half time, all of the boys started to shut down a bit! (10 minute quarters are TOO long for 3 year olds!) Playing with Nash on the sidelines and taking more water breaks was WAY more fun than sweating on the field! And, I didn’t care! I was just SO happy that he had tried…and that he’d done so well kicking the ball! 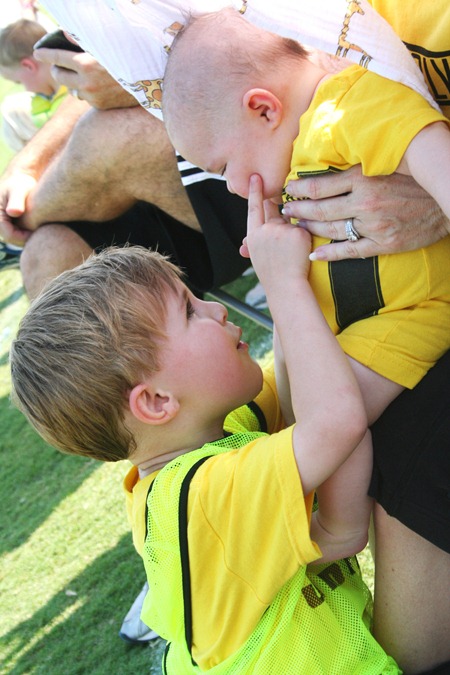 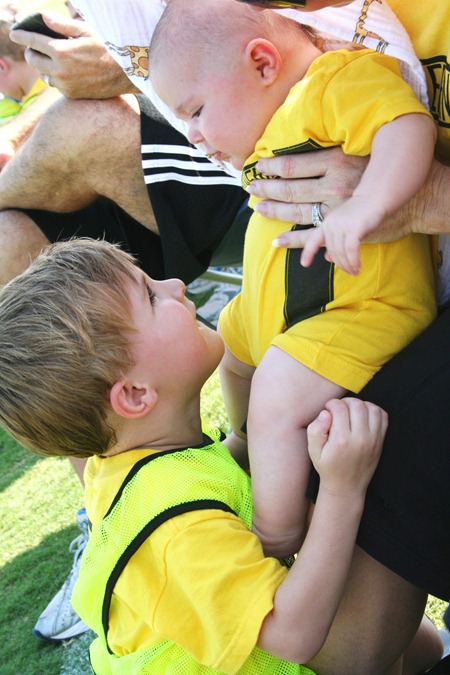 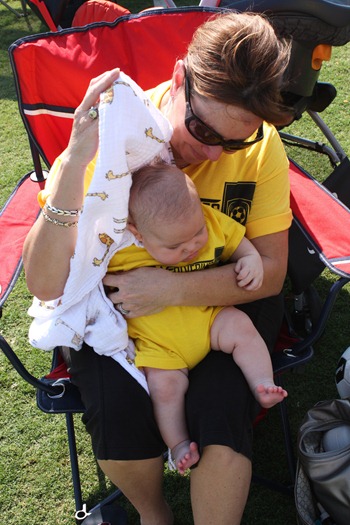 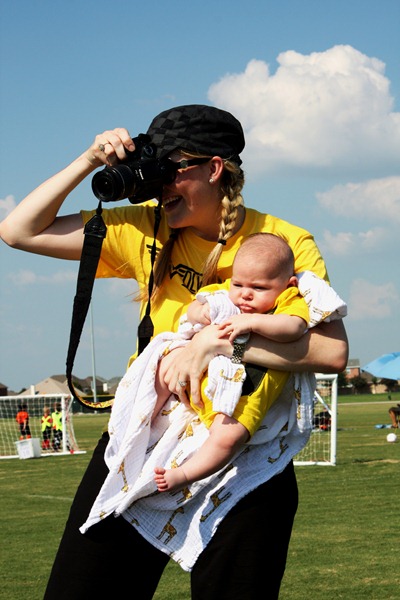 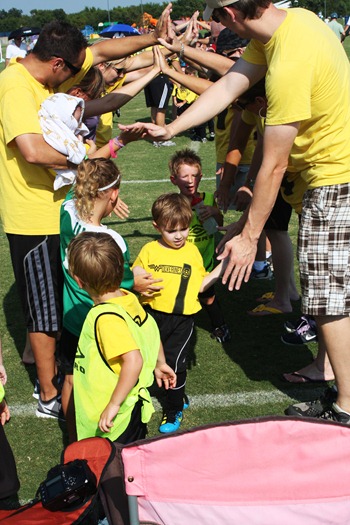 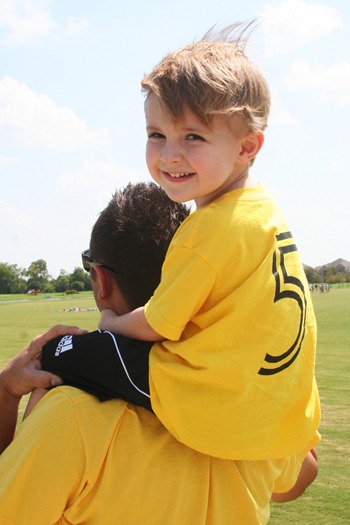 I am so proud of my #5 Wolverine and can’t wait to see him play again next Saturday!

{And, not that we’re keeping score, but we TOTALLY won!!! And, if one of Q’s team mates hadn’t kicked in the ball, we’re PRETTY sure he would have scored his first goal!}

Memories by ThePoeFam at 3:26 PM

Email ThisBlogThis!Share to TwitterShare to FacebookShare to Pinterest
Labels: Soccer