Eye of the TIGER!

Yesterday, Mammer and Slickpaw took all of us to Gatti Town. It had been a while since Quinn had been and we figured that he would enjoy the fun and games even more than the last time. When we walked in, we immediately saw the “face painting lady.” I would have walked on by, but Slickpaw asked Quinn if he wanted to have his face painted. Surprisingly, he said YES! So, we waited our turn…and, while waiting, Quinn picked the tiger! I was thrilled that he chose the tiger…why? He has been telling us that he wants to be a tiger for Halloween. And, in searching the internet for tiger costumes, they are ALL ridiculous! So, if we can appease him with this, that would be GRRREATT! ….

Anyway, when it was finally his turn, he sat perfectly in the chair while she transformed our little man. …. 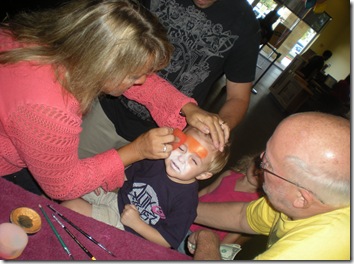 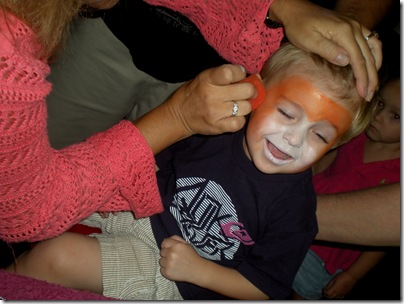 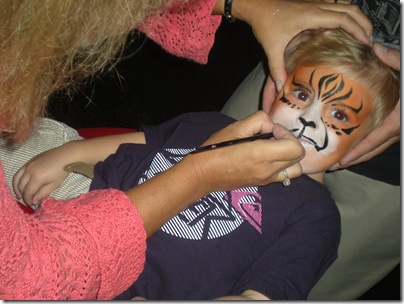 …And, when she finished, we could NOT believe our eyes! Our little man looked NOTIHNG like himself…and he LOVED it! He ran back to the mirror a hundred times and posed for LOTS of pictures. He thought it was the coolest thing ever! “My a tiger….raaarrrrrhhhh!!!,” he would say! It was hilarious! 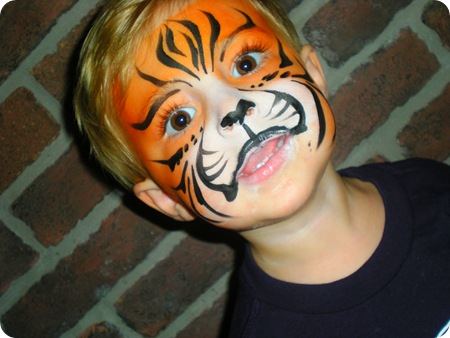 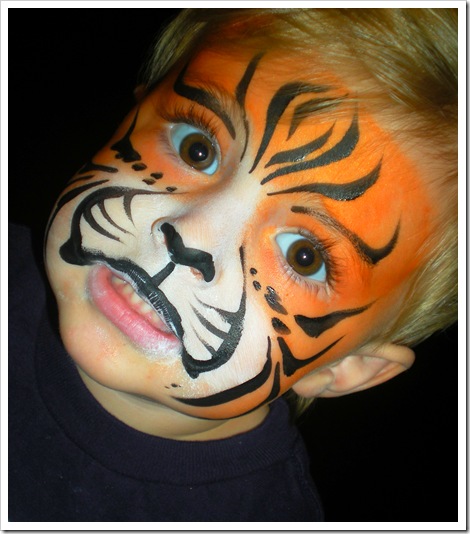 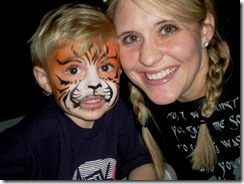 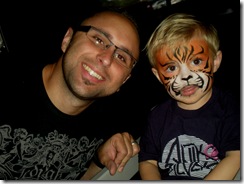 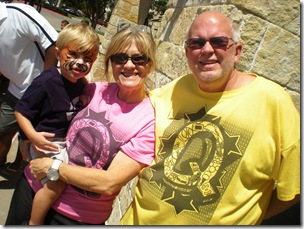 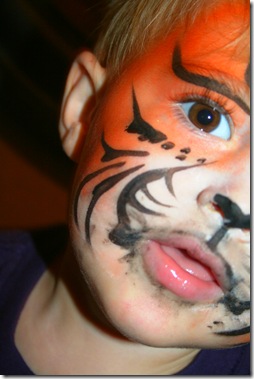 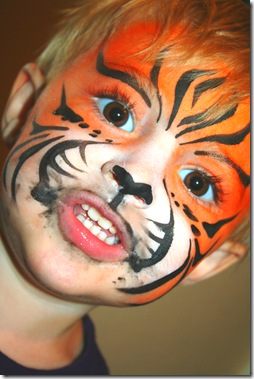 When we got home, Quinn immediately ran to his big boy room so that he could look at himself in his new mirror. He posed and laughed and growled. And, after about 10 minutes of that, I asked him he wanted to take it off before his nap. And, he said yes! (I was afraid it might be a battle!) So, he watched me as I wiped off his tiger face and revealed my sweet Quinn. …Later, when we asked him where the “Tiger boy” went, he would say, “It went on the wipie!” Smart boy! 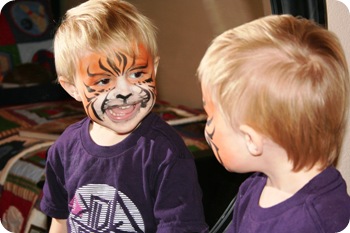 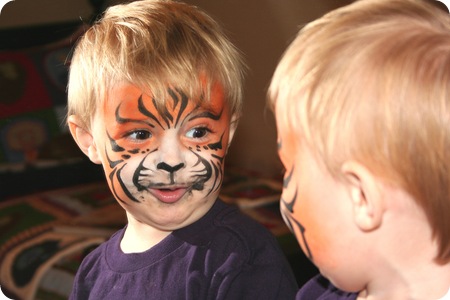 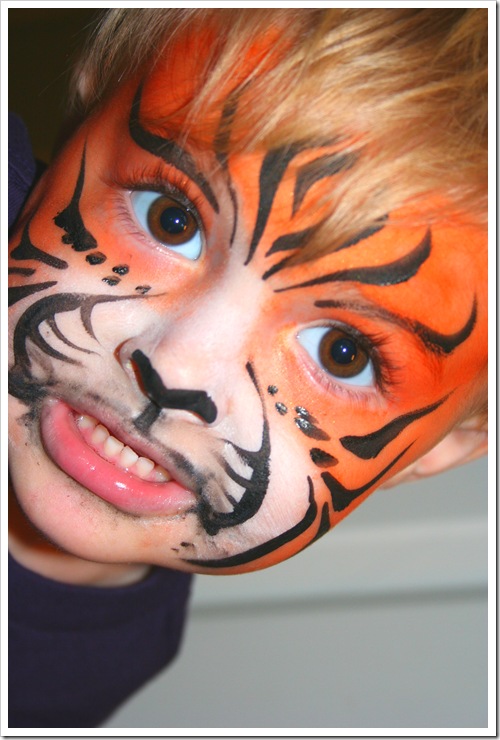 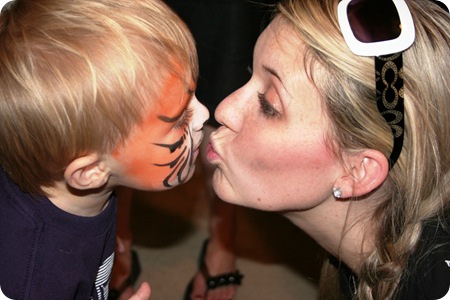 What a surprisingly fun afternoon…and what fun to see my little man transformed into a tiger! I can’t wait to see what he chooses to be next time…and watch his imagination work in a whole new way! Being a kid is fun!!!

that is crazy how real that little what a FUN gatti-town!

p.s. thanks for the sweet message about our pups... it was a rough week to say the least!

What a cute Tiger!