This week, while at Target, I came across some little bitty Thomas "undies" that were on clearance. I thought it would be silly to buy them, since Q was showing so few signs of wanting to potty train...but when I showed them to him, he got SO excited! He held them during our shopping trip and said "big boy potty" at least 100 times. I told him that as soon as he used the big boy potty, he would get to wear those cool Thomas underwear. When we got home, he continued to talk about it...and, the next day, when Remy was over, I just had to show her how cute they were. As he overheard our conversation, he said "big boy potty!?" And, at that moment, I asked him if he wanted to go try to use the big boy potty! He quickly responded with "yeah" and we rushed into the bathroom. I asked him if he wanted to use Mommy and Daddy's potty or his potty. He chose his and sat there for a few minutes...happy as can be as he pulled on things that shouldn't be pulled on! ...
Minutes later, it happened! He TTed in the BIG BOY POTTY! As he was going, Remy and I were FREAKING OUT...and he was clapping and saying "YAYYY!" It was priceless and I couldn't believe it! He was surprised too...he kept looking at it in the potty! ...And, he couldn't wait to wear his Thomas underwear! SO, I put his diaper on first, then the "Thomas wear-wear!" And, was he ever cute!!! SO proud, so big!!! We made lots of phone calls and let everyone cheer for him! 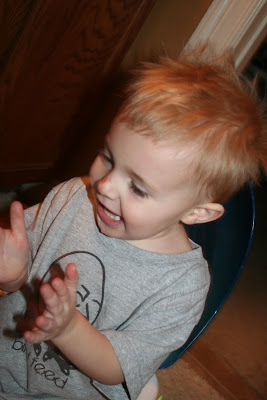 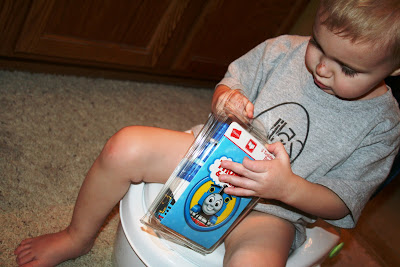 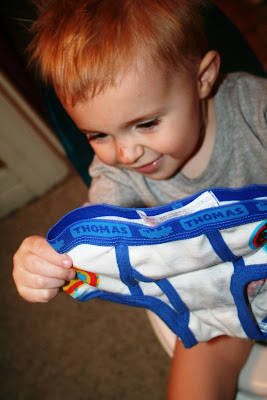 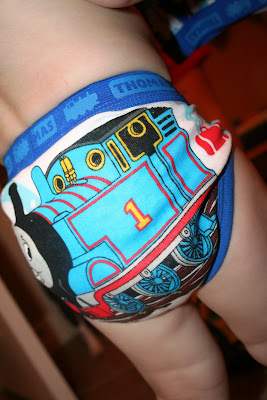 Then, while eating dinner, Daddy was talking to him about what he did on the potty. As soon as the conversation began, he said, "poo poo potty!?" Matt asked him if he wanted to go and he got so excited! He stood up in his highchair and was ready!...A minute or so later, I got summoned to the bathroom to see that my little man had POO POOED IN THE POTTY! Shocked, once again!!! On went the "Thomas wear-wear" again and more celebratory phone calls were made! 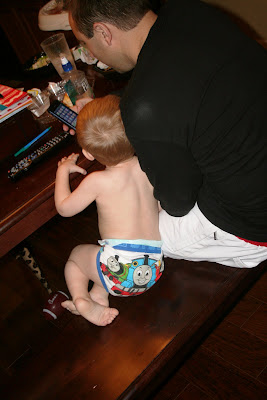 It's just one day, but hopefully it's a good start! I'm so proud of my big boy!

Memories by ThePoeFam at 6:34 PM

WOW...way to go Quinn! Love the idea with the big boy underwear...what a fun incentive! :)

Hooray!!!! I hope he keeps up that momentum for you!

Great job Q! Love the Thomas undies! I am sure that will be a good motivator for P! :)