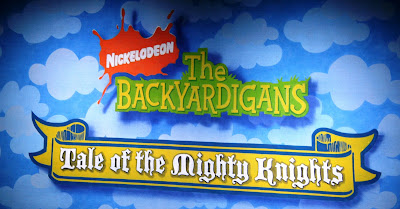 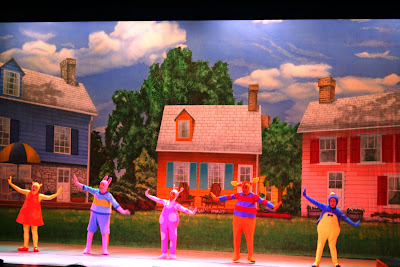 On Tuesday night, we got a surprise phone call from Mrs. Margaret. Since she is an avid reader of our blog and a favorite babysitter, she knows that Quinn is a huge fan of The Backyardigans. So, when she saw an ad on TV for the Backyardigans Live, she graciously wanted to get us tickets so that Quinn could enjoy his first live show! ...We were ecstatic and talked it up all week to Q! And, when we went to the Nokia Theatre in Grand Prairie this evening, the "Gee-ins" {prounced hard g, long e...like "tee" or "see"} did not disappoint! It was a precious show and Quinn, along with many other sweet toddlers, were mesmerized by the singing and dancing of Pablo, Uniqua, Austin, Tyrone, and Tasha. The actors were very interactive with the kids, and Quinn was eager to participate and talk back to them...he would "quack quack" along with the egg and say the names of the character he saw on stage. (For whatever reason, his favorite tonight was "Sasha!") I have always thought the show was precious but this caught Quinn's attention in such a new way...and it was priceless to watch him see it all in person!
***Mrs. Margaret, you have NO idea how much we appreciate you doing this for us! We had so much fun and will never forget taking Q to his first live show! Thank you for giving our family such a fun memory!***

Quinn loved playing with his "Gee-ins" flashlight and waving it to the music during the show... 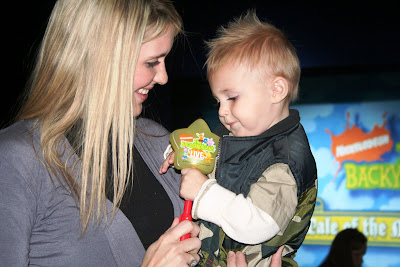 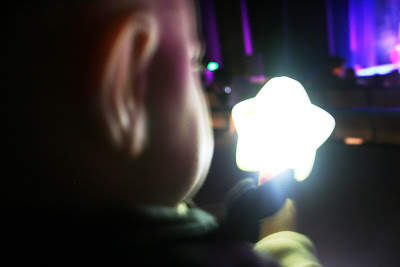 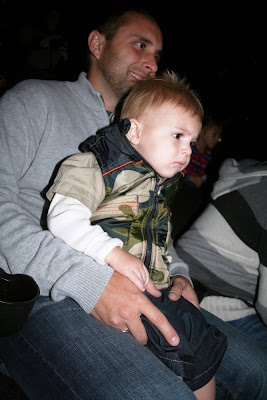 He also got a cool shield that he had to hold up at certain times of the show... 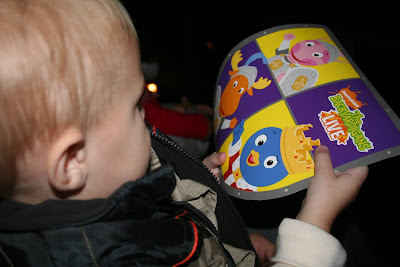 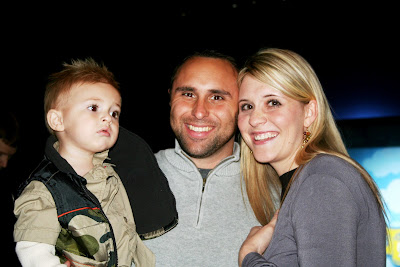 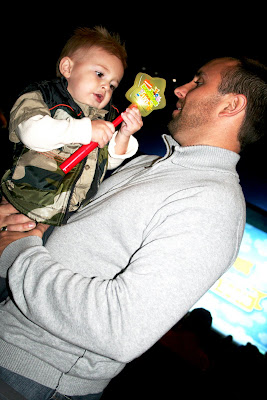 Dancing it up during intermission... 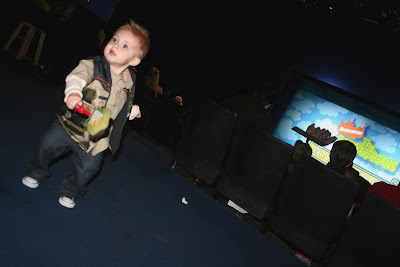 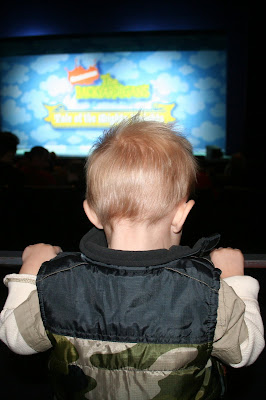 As we were walking to our car after the show and were asking Quinn all about what he had just seen, he said..."Bye-Bye Gee-ins...Bye-Bye Pa-loo...Bye-Bye Sasha...Gee-ins...fun!"

Wasn't it so much fun - we took our girls last night too - they just loved it!!

So fun! Cole LOVES the Backyardigans too! Oh, BTW he has that vest also! I love it :)

P.S. You totally have to read Twilight! I must warn you though, it's very addictive!!