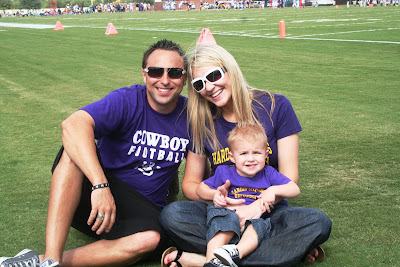 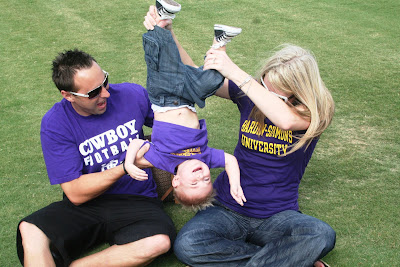 In the midst of my high school reunion festivities, the three of us headed to HSU to have some homecoming fun! I had never been to a Hardin-Simmons football game and, I have to admit, it was like no other. Since HSU isn't a huge school, their track is around their football field. So, we got to the game a little late and, instead of fighting the crowds in the stands, we stayed on the grass and track and played...so close to the actual game! Quinn had a blast running back and forth with his football...and got a little TOO close to the action a few times. We had to remind him that he couldn't play just yet...maybe in 18 years!!! 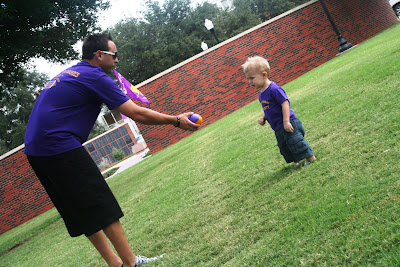 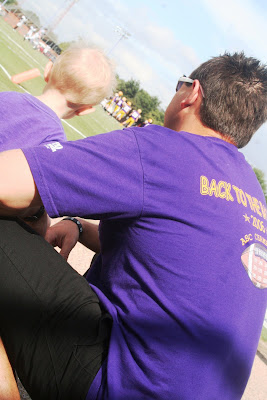 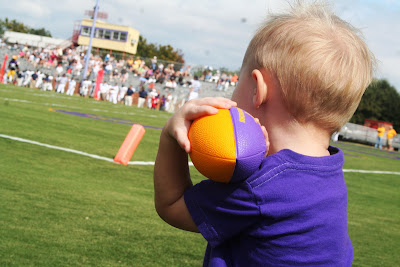 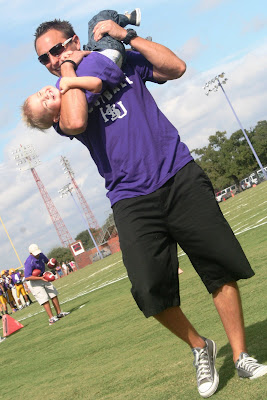 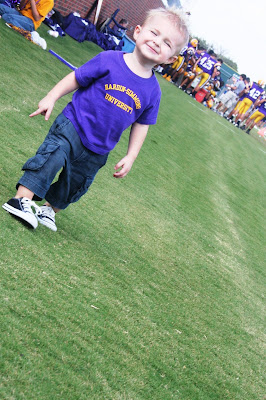 This is Matt with some of his HSU basketball buddies, Bryan and Brooks...Matt loved spending time with them... 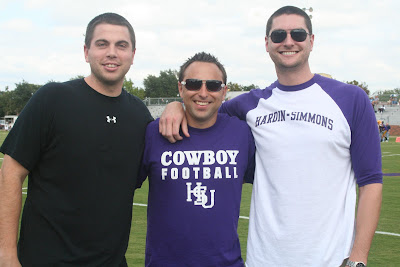 At halftime, we walked to the other side of the field. When it was time for the players to go back out on the field, they came out of the locker room and towards us. Matt assured me that they would go another direction and that we were fine to stay put. ... But, he was wrong! We ended up being right in the middle of their path...and they had no problems running right around us as Q watched in awe and I took pictures. One sweet guy even stopped to pick up Quinn's football and give it back to him...then patted him on the arm! I'm sure Q was starstruck seeing 'bootball' players so close! It was a little scary...but cool! It would be sweet if Quinn ended up going to the school that his daddy did and played football on the same field...but we have a few years to dream those dreams!!! 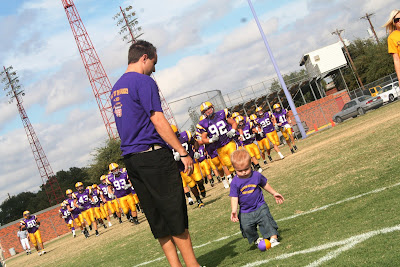 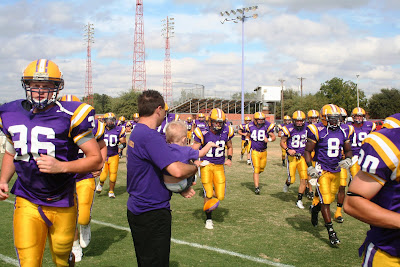 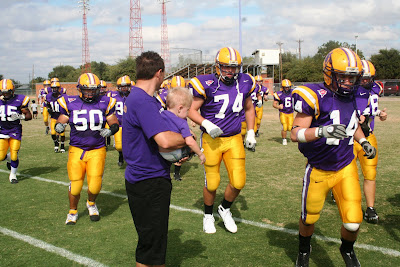 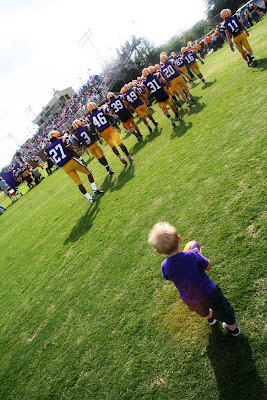