While we were in Abilene doing some stuff for Two-Five, Quinn stood on his own for the first time!!! The first was in MONKS Coffee shop and then, soon after, at my parents house while he was drinking his milk! Even though it was probably less than 5 seconds, I can't believe my little boy is standing!!! 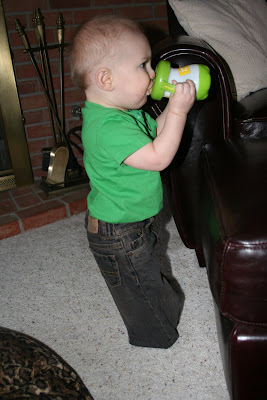 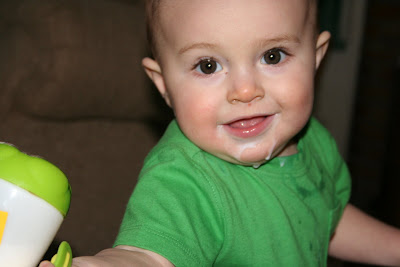 Here we are at MONKS just minutes after standing for the first time...of course he wouldn't do it again so that I could get a pic!!!... 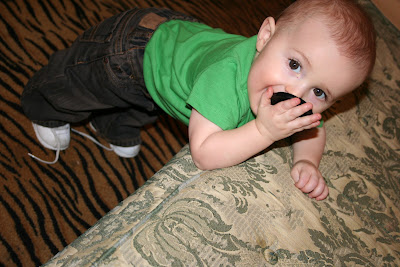 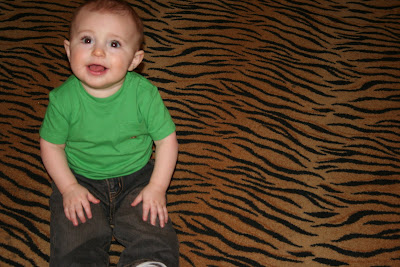 Here we are at Grammer's school...Quinn and I came with Matt as a surprise for my parents! They were shocked and it was SO fun! ... 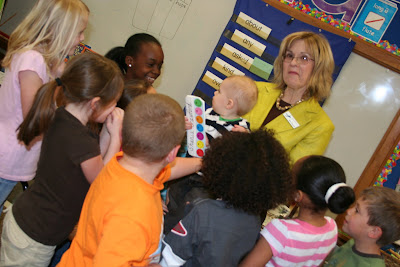 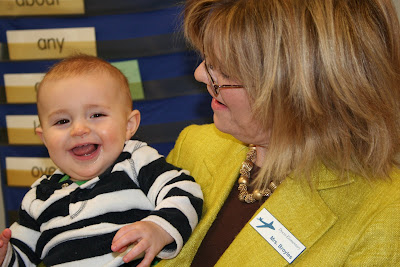 WOW! He looks like Matt in these! Its crazy! Especially the one thats close up and hes holding his cup with milk drips on his face! So precious! You have been gone since Wednesday and I think I am having withdrawls! See you tomorrow friend!

Q will be walking before you know it. It happens so fast. Willie was standing , grabbing on furniture, and now he walks a good 15 steps before deciding to crawl!!! Enjoy it while it last.

Wow...A-town 2 weekends in a row! Your parents are going to be spoiled! Maybe Q will be walking by this weekend!